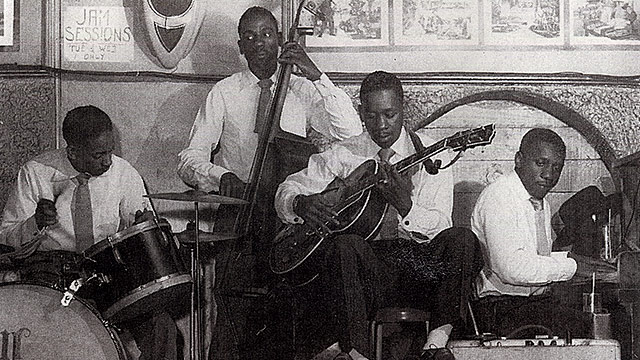 Before he became the most influential jazz guitarist of the 1960s, Wes Montgomery was toiling away in his hometown of Indianapolis, working a day job and playing gigs at night. A new set from Resonance Records called In the Beginning compiles 26 recordings from this era, including this version of "How High the Moon," recorded live at the Turf Club on November 20, 1956. Beyond Montgomery, other members of the band get to shine, especially drummer Sonny Johnson and tenor sax player Alonzo "Pookie" Johnson.

In the Beginning will be released on May 12 and can be pre-ordered via iTunes.