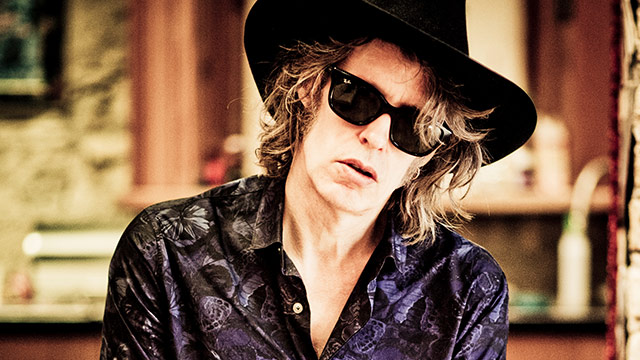 The Waterboys' last album, Modern Blues, was an exploration of the music and sounds of the Deep South, but on the band's new double-album, Out of All This Blue, band mastermind Mike Scott was inspired to take a different path. Scott found himself moved by the creativity of hip-hop production and began experimenting with loops and samples, which doesn't mean that the new album finds him spitting bars, but that it's infused with a certain propulsion and urgency. "Payo Payo Chin" carries a strong poppy bounce, accented with Scott's easygoing lilt, and serves as the album's closer.

Out of All This Blue is due out September 8 and can be ordered here.