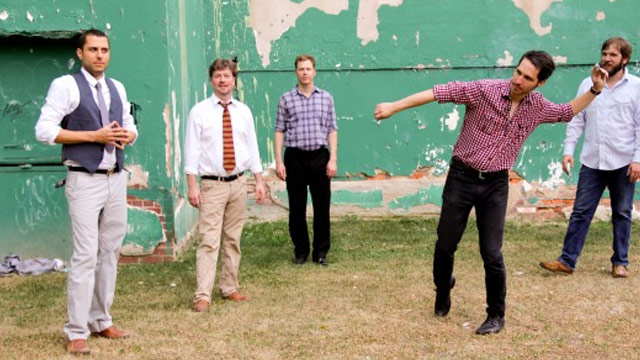 In July, North Carolina-based band the Old Ceremony will follow up their four-star 2012 release Fairytales and Other Forms of Suicide with a new album, Sprinter. We've got the debut of one of the album's super-catchy new tunes, which features former R.E.M. member Mike Mills on bass and backing vocals.

Old Ceremony frontman Django Haskins shared the basis for the track: "Fairly recently, a daredevil skydiver set the world record for freefall from inner space. It got me thinking, well, what does he do next? It really became a meditation on the need to constantly top our past experiences. It may be lonely at the top, but it's also hard to rise any further. Mike Mills outdid himself with an bed of soaring backing vocals and his signature electric bass playing."

Sprinter will be released on July 10 on Yep Roc Records, and can be pre-ordered here.