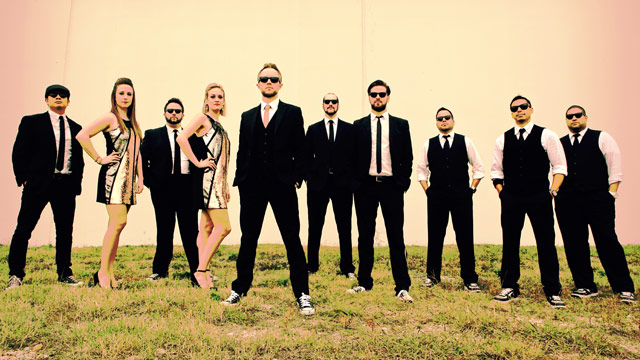 ​Austin-based band the Nightowls pays homage to the heyday of Motown on a track from their upcoming album, Fame Sessions. The group trekked to the legendary Fame Studios in Muscle Shoals for a little extra authenticity and came home with the eight tracks that comprise Fame Sessions, including this cut, "Highline."

"'Highline' is the dark horse of our new album," wrote Nightowls singer and songwriter Ryan Harkrider. "It was originally conceived as a dance-heavy, funk song but when it was presented to the band, the idea was tossed out completely and the current version was written. In the studio, we spent a lot of time searching for the right instrumentation that would create a dense musical texture to match the somber tone of the lyrics. It’s a departure from our usual line-up that doesn’t have any horns or background vocals but features instead a sweeping slide guitar."

Fame Sessions will be released on September can be pre-ordered via iTunes.