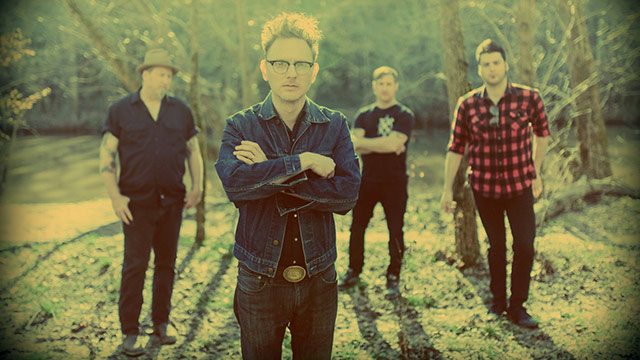 Combining elements of roots, blues, punk and rock into what they call Southern Gothic Rock, the Legendary Shack Shakers have been performing their own unique hybrid style since the mid-90s. Their upcoming new album, The Southern Surreal, continues to explore this sound, as exemplified with the song "Down to the Bone."

"'Down to the Bone' imagines Life Everlasting not in Heaven or Hell, but in the music played on instruments made from our bones," wrote frontman J.D. Wilkes. "Headbone bongos and ribcage xylophones. Honestly, it's probably the best shot at eternity we've got. The Southern Surreal is a collection of vignettes like this. The album is a catchy pastiche of Southernisms sung in a fever dream. A vision brought on by both moonshine and evangelism. Stuff like that."

The Southern Surreal will be released September 11 on Jello Biafra's Alternative Tentacles label, and features guest appearances from Billy Bob Thornton and guitarist Duane Denison of the Jesus Lizard and Tomahawk.

For more on the Legendary Shack Shakers, including their current tour dates, head to their website.