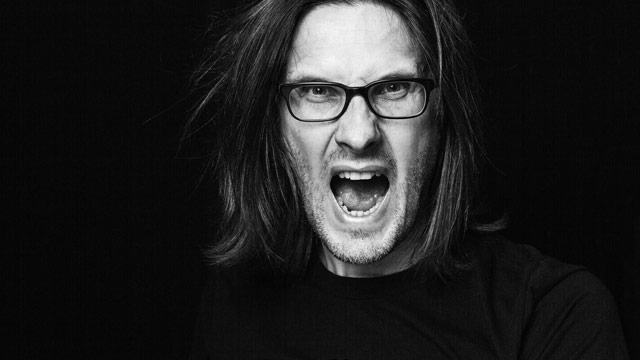 It's been just a short two and a half years since modern prog icon Steven Wilson released Hand.Cannot.Erase. That album earned extremely positive marks from critics, including our own Thom Jurek, who hailed the record for being "aesthetically attractive while being emotionally and intellectually resonant," and concluded that "pop music cannot hope to accomplish more."

"Refuge," from Wilson's upcoming To the Bone, picks up where that record and the stopgap 4½ EP left off, diving headlong into the realm of progressive pop. The song builds from a quiet opening, capped off by Wilson singing in a bright falsetto, leading into a three-minute instrumental passage packed with soaring guitars and synthesizers, before ending with a quiet, wounded vocal plea.

To the Bone is due out on August 18 and can be ordered here.