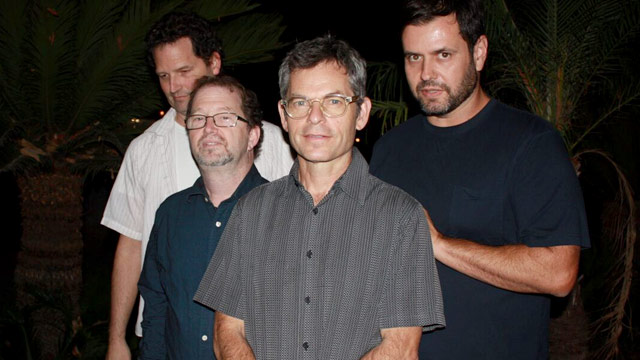 Long-running lo-fi indie pop band Refrigerator keeps things simple and melodic with "Cardboard Death Elevator," a track from their upcoming album, High Desert Lows. Initially built around single guitar strums, drums and vocals, the song gradually adds layers of strings, stabs of piano and finally a distorted guitar solo that brings the track to a close. The new LP was produced by singer/songwriter Simon Joyner, who has continued to put out excellent albums of his own, including last year's Step Into the Earthquake.

High Desert Lows is due out February 9 and is available for preorder.