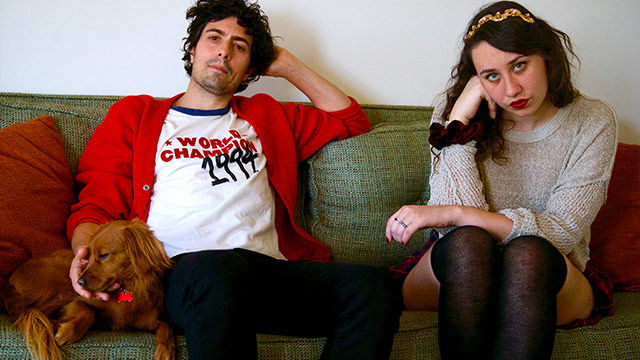 To bounce back from the particularly unpleasant demise of a difficult relationship, Amanda Walker of Los Angeles indie band Ray & Remora had to tap into some wretched feelings for the song "Soft Brown Heart," from the band's upcoming album, Startle It Up. Walker (Remora) and Dan Crane (Ray) harnessed that bad energy into an intense set of lyrics, them put them on a bed of percussion, accented with hand claps and snaps, and added a Yo La Tengo-influenced guitar solo that Crane says is his favorite, resulting in a song that doesn't shy away from that pain but doesn't wallow in it, either. Startle It Up is due out on September 16.

Startle It Up can be ordered via Amazon and iTunes.