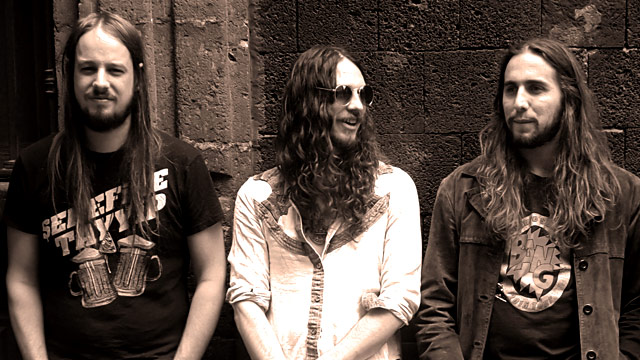 ​Blues-rock trio Radio Moscow blends two of their tunes together in this cut from their upcoming live album, Live! In California. The band has made its name on the touring circuit, bringing the lineage of the power trio around the world, so it makes sense that their live album displays the band at full strength, featuring them at their psychedelic, groovy best.

"'250 Miles' was a tune written back in the Iowa days before the band relocated to California," wrote frontman and guitarist Parker Griggs. "It's about feeling like you don't relate with the world around you, like you need to go somewhere completely new and have a fresh start because you don't fit in or feel comfortable with your current life and surroundings. Shortly after this song was written, the band did just that and relocated to Northern California. Iowa was a great place to grow up but was a hard place for the band to grow. We always link that song with 'Brain Cycles' live as a little musical suite."

Live! In California is due out July 8 on Alive Naturalsound Records.