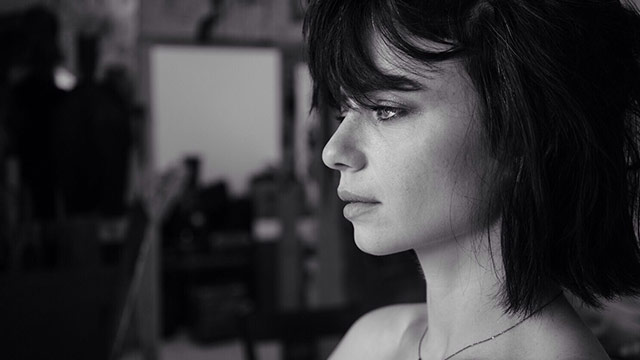 In his four-and-a-half star review of Steven Wilson's Hand. Cannot. Erase. from earlier this year, editor Thom Jurek was wowed by the vocal performance of Israeli singer Ninet Tayeb on a handful of tracks. Now, going under the shortened moniker of Ninet, she's gearing up to release her American debut next year, along with a planned tour alongside Wilson and appearances at next year's South By Southwest festival. We have the debut of "Child" from the forthcoming, currently unnamed record.

"When I wrote this song I was thinking about a place I wanna be - a place where no one could find me," Ninet wrote. "In a world where anything and everything is so reachable and you really have no place to hide especially from yourself, in the end, we all need our special-secret place to think and hide and most of the time a place to just be."