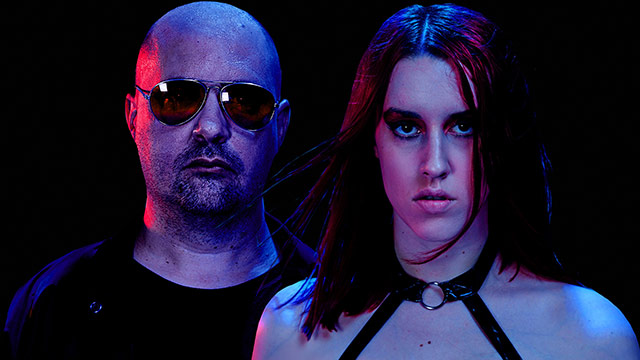 ​The Los Angeles-based synth duo, known for their 80s-recalling music for Comedy Central's departed cartoon Moonbeam City, gets a hard edge on their new single, "Bad Girl." They're hitting the road with VOWWS this month, dates are listed below.

"It was a natural direction for us to take as we became influenced by our live sound becoming much more noisy and aggressive than how our records would sound," wrote singer Emily Kavanaugh of the new song. "We also felt we had basically done everything we wanted to do with that sound culminating with the release of Moonbeam City."