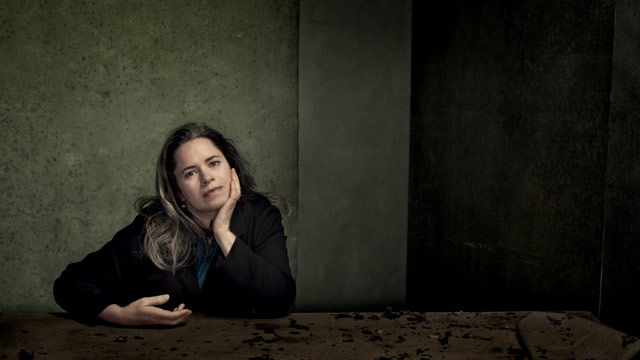 On June 23, more than two dozen artists will take a stand against the mining technique fracking by releasing the compilation Buy This Fracking Album. The practice has been chastised for negatively impacting water tables, linked to a massive spike in earthquakes in the Dallas-Forth Worth area in the past year, and raised the ire of numerous environmental groups and activists. Contributors include Pete Seeger, John Butler Trio, Steve Earle, Bonnie Raitt and many more. We have the exclusive premiere of Natalie Merchant's track from the record, which is a live version of her song "Motherland," from the 2001 album of the same name. She enlisted The Felice Brothers for some instrumental and vocal assistance on this warm yet plaintive rendition.