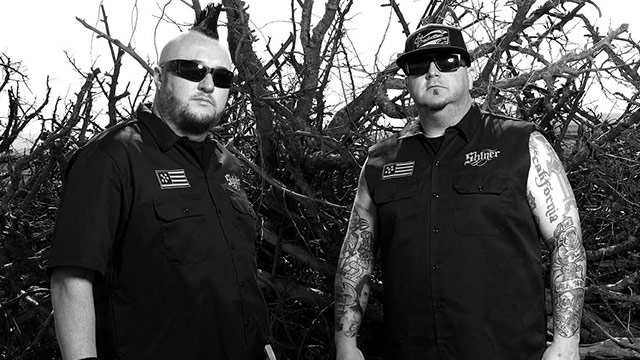 Central California duo Moonshine Bandits has been performing their blend of hard-edged, life-loving country music and hip-hop's energy and swagger for over a decade now, and on their fifth album, Blacked Out, they stick to their guns with a set of wild, booze-celebrating tunes. One of those songs is lead single "Lasso," which we're debuting here. Dusty Dahlgren, aka Big Tex, sent over a few thoughts on the track and the upcoming new album, which hits retailers on July 17.

"'Lasso' was a track we wrote for all the mud boggers," Dahlgren said. "We've done a ton of shows at off-road parks, so we wanted to right an anthem for those that like to get a little sideways in their 4x4.

"On this album, we were able to lock ourselves in a studio and sleep in there: no cell phones, just creating music. We were able to work with amazing writers for a few songs like Ira Dean from Trick Pony, who was amazing to work with, and his stories of Johnny Cash were very inspiring."

Blacked Out can be pre-ordered via iTunes or in various physical formats.