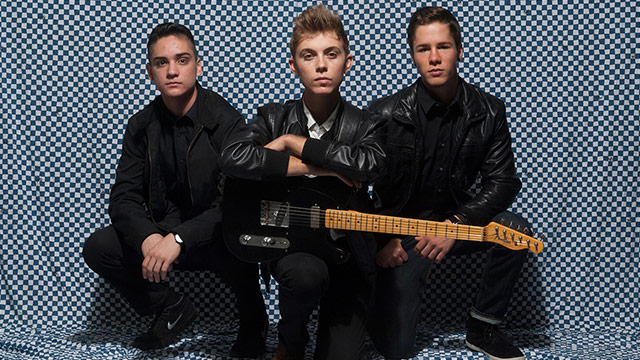 There's a lot going on in the world of 20-year-old San Francisco singer/songwriter Matt Jaffe: his working on his debut full-length album with his band, the Distractions, and is about to hit the road alongside Blues Traveler for a tour that runs through late October. "Holding On" comes from the upcoming album, and shows Jaffe doing his best to keep his more twisted side in check.

"When I wrote 'Holding On,' I tried to craft a relationship song that didn't have a knife in the back," Jaffe wrote. "Most of my songs are only friendly up until a certain point, up until a twist that makes them a bit more sinister, or at least ambiguous. Even though this tune isn't particularly cheery, I attempted to give it an unflinching sincerity. No winks, no tongues in cheeks, no fingers crossed behind backs."

Tonight Matt Jaffe & the Distractions kick off their tour with Blues Traveler, beginning in Boston at the Paradise Rock Club. Tour dates can be found on the band's website.