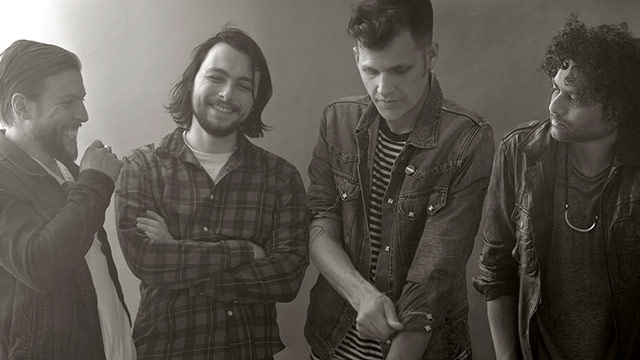 On their upcoming EP Tidal Wave (out July 17), Brooklyn-based rock band Marco With Love delivers a trio of original tunes along with this track, a cover of "Waiting Around To Die," originally from Townes Van Zandt's 1969 self-titled album. Frontman Marco Argiro wrote the following about selecting the tune.

"I first came across Townes Van Zandt a few years back when a friend of mine told me to check out the film Heartworn Highways. When Townes appears on screen and began to play “Waiting Around To Die” I was mesmerized by the lyrics and tone of the song. It is so powerful. In the film, it actually brings a grown man to tears. I believe some of the best songs tell a story and Townes, in my humble opinion, was one of the masters.

"I knew once I heard 'Waiting Around To Die' that I would have to do my part to share this song with others. I learned it on the guitar and began incorporating it into my solo shows. A few years later, I was doing a session at a studio in Midtown NYC, and I decided it was time to lay this cover down. Though we wanted to stay true to the original arrangement, I tried my best to put my own spin on this already perfect song."

For more on Marco With Love, visit their Facebook page.