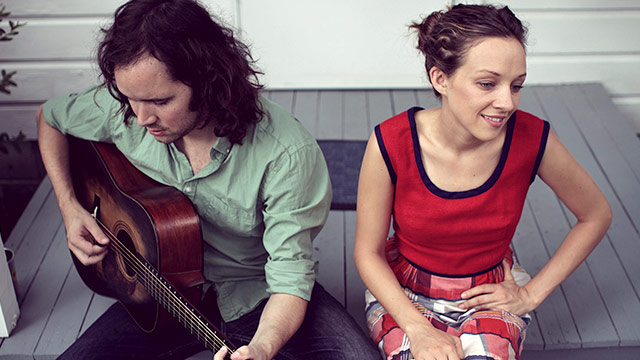 Folk-inflected bluegrass duo Mandolin Orange caught our editors' ears in 2013 with This Side of Jordan, praised for "crafting songs that feel like Dust Bowl standards lost to time." The North Carolina-based act's new album, Such Jubilee, isn't out until May 5, but we have the exclusive debut of one of the its songs, the calming, beautiful "Settled Down." Acoustic and electric instruments meet alongside Andrew Marlin and Emily Frantz' assured, balanced vocals for a track that sounds best suited for listening at dusk.

For more on Mandolin Orange, including upcoming tour dates, head to their site.