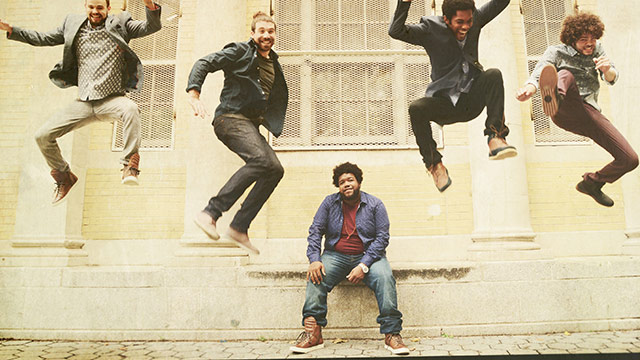 Chicago "post funk" band the Main Squeeze are currently on the road to hype up their upcoming new album, Mind Your Head, which comes out in September. As a taste, here's the track "Angelus," an upbeat, vintage-inspired track, full of thick bass tones, big keyboards and falsetto vocals. The song and album were produced by former American Idol judge Randy Jackson.

For more on the Main Squeeze, visit their site.