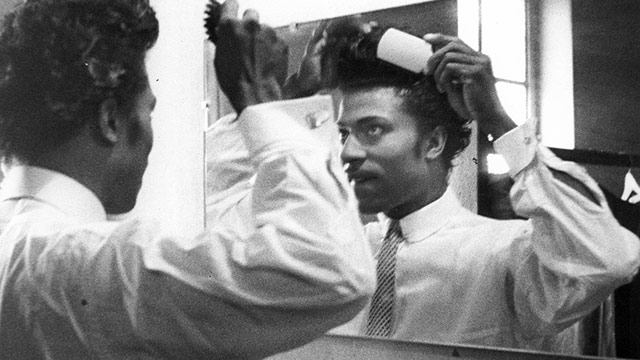 "Rip It Up," first released as a single by Little Richard in 1956, and subsequently on the LP Here's Little Richard, stands as one of the rock and roll pioneer's rowdiest tracks, alongside other classics from the same album like "Ready Teddy," "Tutti Frutti" and "Long Tall Sally." On a forthcoming reissue of the iconic album, we're given a bit of an inside look at how the track came together, in the form of a handful of alternate takes from the recording session, which give a taste of Little Richard's enthusiasm in the studio and the by-the-seat-of-your-pants way that songs were recorded back in the 50s.

On take four, we find Little Richard playfully scolding and directing his band, telling them to "just go mad," then dropping a little profanity after it falls apart.

And eventually, we come to the final version.

The expanded edition of Here's Little Richard is due out on November 3, and is available via Amazon.