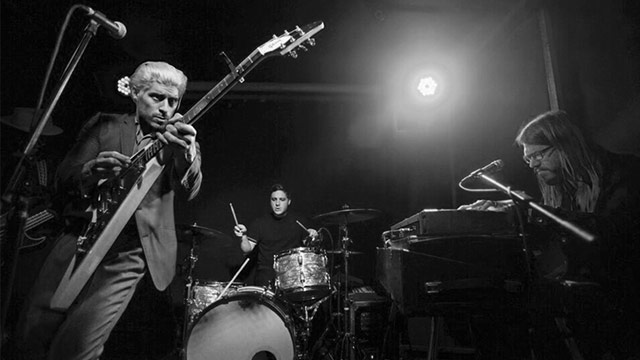 "Waves (Golden)" comes from Darling Destroyer, the upcoming album from Austin-based band Leopold and His Fiction. Featuring a big 4/4 pound, squealing guitars and the crackling vocals of Daniel James Leopold, the track effectively showcases the band's hard-edged, stomping psychedelic garage sound, with some Motown energy mixed in for good measure. In addition to the track, Leopold sent us a 30-second video clip discussing the song's origins and how it helped him expand his songwriting.

Darling Destroyer is due out on January 27 and can be preordered here.