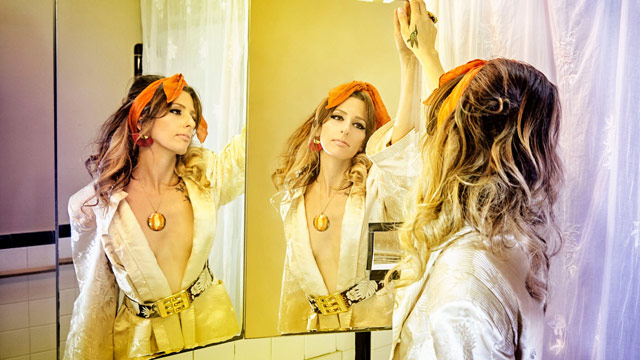 ​Soulful singer Kendra Morris delivers a downcast take on the Madonna classic "Like a Virgin," bolstered by a synthesizer solo from acclaimed funk musician DâM FunK. The track serves as the B-side of her upcoming single, "Playing Games," with Morris' sights set on releasing a full-length by the end of the year. This isn't her first work with cover tunes, as her 2013 album Mockingbird featured her takes on songs from the Rolling Stones, Radiohead, Metallica, and others.

"It's normally such a poppy and bright song, and I kept hearing it as heavy and intense whenever I would sit with the lyrics," Morris wrote. The "Playing Games/Virgin" single is due out on April 6.