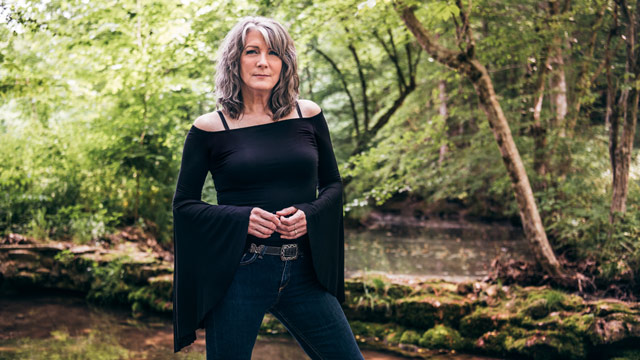 Since the mid-80s, Kathy Mattea has made a career out of—and picked up a pair of Grammys for—tweaking country music with the addition of gospel, folk, and Scottish elements, yielding ambitious albums like Time Passes By, along with her highly successful releases Walk the Way the Wind Blows and Untasted Honey.

Mattea's upcoming album, Pretty Bird, finds her taking on Joan Osborne's "St. Teresa," a haunting character sketch of a woman Osborne regularly saw in Manhattan's Lower East Side who sold drugs on the street with her baby nearby in a stroller. The track is highlighted by Mattea's non-judgmental presentation of Osborne's wary lyrics, guitarist Bill Cooley's nimble fretwork, and mandolin performed by producer and frequent collaborator Tim O'Brien. Pretty Bird is due out on September 7, and Mattea has tour dates booked into 2019.

Pretty Bird is available for pre-order.