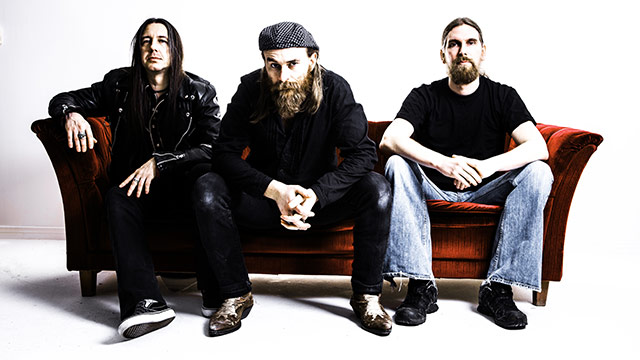 Delivering a hard rock groove with a touch of psychedelic swagger, power trio Kamchatka doesn't hold back on "To You," a track from its upcoming album, Long Road Made of Gold. Notably, the band was joined in 2013 by Per Wiberg on bass, who had made a name for himself as the keyboard player for progressive metal band Opeth for nearly 10 years. But Kamchatka is more akin to a modern update on Wiberg's work in retro hard rock band Spiritual Beggars, of which he's also been a member since the late 90s. According to Kamchatka frontman Thomas Andersson, "To You" is about the broad spectrum of topics that fall under the categories of "relationships, family and life."

Long Road Made of Gold can be pre-ordered from Despotz Records.