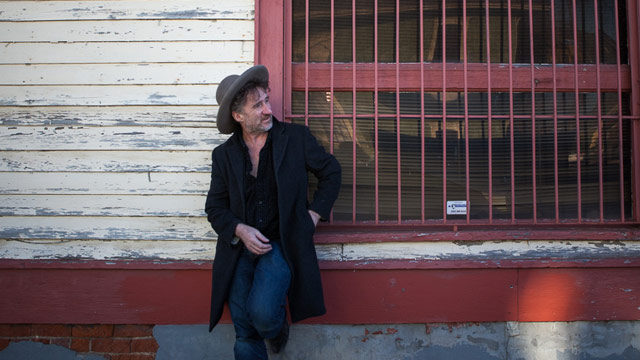 British-born, New Orleans-transplanted blues pianist and composer Jon Cleary has worked alongside some massive names in the music world, including Eric Clapton, D'Angelo and Bonnie Raitt. He's also released several of his own albums, often highlighting his affinity for New Orleans blues and jazz. "Beg Steal or Borrow" comes from his upcoming new album, GoGo Juice, out on August 14. Cleary wrote in to explain how the song came together and who it pays homage to.

"Beg Steal or Borrow" existed for a long while in the form of a rough sketch, one of many that litter my note pads and hard drives and it’s really an exercise in that school of arranging that I associate with the ”Creole Beethoven”, Wardell Quezergue. He was a kind, quiet and modest man who operated behind the scenes on so many of the great records that came out of New Orleans, like "Mr. Big Stuff" and "Groove Me."

The first time I met him was at the musician’s union hall many years ago during a Dave Bartholomew rehearsal. All he had was a pencil, some paper and a tuning fork and he was putting 9 or 10 horn players through their paces on an arrangement of a Smiley Lewis tune. I love the stuff he did on King Floyd’s "Can’t Give It Up," "Groove Me," and "Woman Don’t Go Astray," as well as the charts he did for Professor Longhair, the Dixie-Cups and Smokey Johnson—amongst others. He did some horn arrangements for me a few years back and is fondly remembered. I guess you call this Southern Soul.

GoGo Juice can be preordered via iTunes, and Cleary has tour dates booked through September.