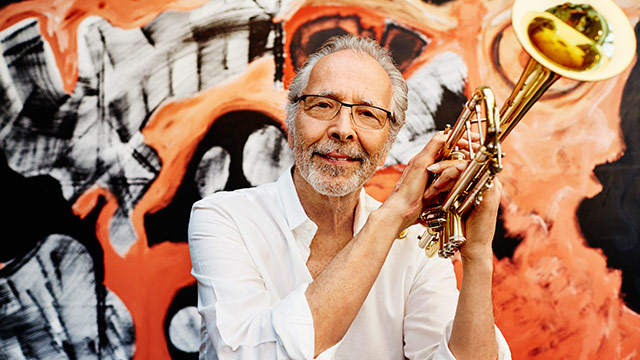 Herb Alpert's list of accolades is staggering; he's won nine Grammys, sold over 70 million albums, was inducted into the Rock and Roll Hall of Fame, and was awarded the National Medal of Arts by President Obama. Whether while playing his trumpet or in his capacity as a co-founder of A&M Records, Alpert has been a fixture of the music world for over 50 years.

Alpert lays his trumpet over an easygoing reggae beat on the three-minute instrumental track "Walkin' Tall" from his upcoming new album, Come Fly With Me, due out on September 25.

Come Fly With Me can be pre-ordered via iTunes and Amazon.

Song Premiere: Ironing Board Sam, "I Wanna Be There"

Song Premiere: Ironing Board Sam, "I Wanna Be There"