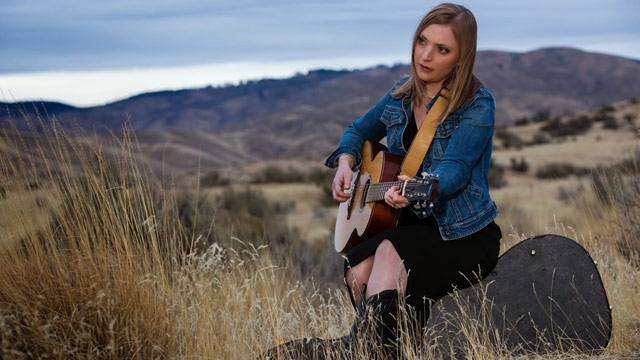 Americana musician and ​Idaho native Eilen Jewell explores the dilemma of a horse—or a person—who isn't completely wild but not completely civilized on her new song, "Half-Broke Horse." The track comes from her upcoming release, Sundown Over Ghost Town, which Jewell will support by hitting the road in May and June.

"'Half-Broke Horse' was inspired by my dad's mustang, Pyro," Jewell wrote. "He's part wild and part tame. He's intrigued by humans and craves their company, but when they get too close he tries to bite them. I have sympathy for Pyro because he's caught in two worlds—he longs to be free, but he also wants to belong. I know many people who are caught in the same tug-of-war."

Sundown Over Ghost Town will be released May 26 on Signature Sounds Recordings and can be pre-ordered via iTunes.