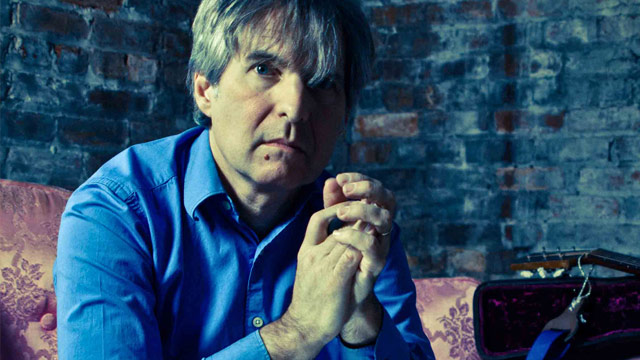 Chris Stamey stands as a progenitor of the Southern jangle pop sound, alongside his former bandmate Alex Chilton, most prominently in his time as guitarist in the dB's. "Make Up Your Mind" comes from his upcoming solo album, Euphoria, due out June 2 on Yep Roc Records. Take a listen to the track, and read what Stamey had to say about the song's inspirations and recording.

"I heard the Beatles' Revolver a lot while I was writing this record, my daughter kept it on the turntable for a while. I think I better confess this now; it's pretty obvious in this song’s groove, at least to me, and the way it starts with the chorus, and the play on “too” and “to.” I tried to make the choruses conversational and casual, like you are speaking to someone across a kitchen table (also like “Spooky” by the Classics IV); then the verses are louder and more preachy, with a riff that remembers the Cramps. The guitar solo was mostly just a test to see if the wire was working, but I left it in, I like how it leaps out and is a bit wonky. Crispin Cioe from the Uptown Horns did the most perfect “surgical strike” brass parts on this."

Euphoria can be pre-ordered here.