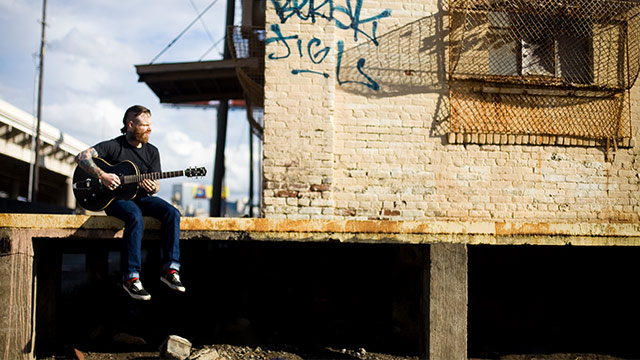 Dark-minded Louisville folk band Chief Ghoul builds towards the release of its upcoming album, Damned, with the spacious, unhurried track "When I Get Loud." Frontman and songwriter Lee Miles deals out evocative, haunting imagery while jagged guitars provide the backing, making for a sound that calls to mind one of Townes Van Zandt's more downcast tunes if Hank Williams III added a layer of menace on top.

"What I particularly like about this song is how heavy it is -- it builds," Miles wrote. "It doesn't need to be fast. There's a lot to digest once you dig in. I'd have to say of anything I've written, it'd be one of my top picks."

Damned will be available on Bandcamp in the fall.