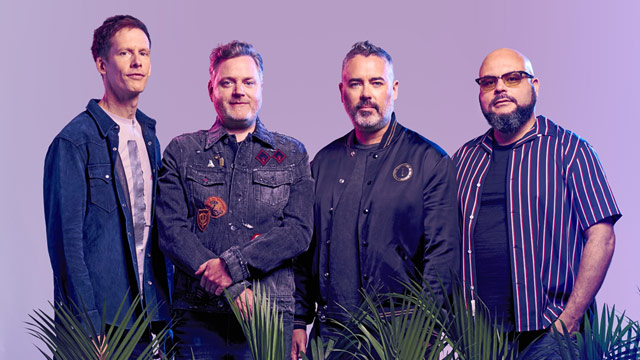 ​Canadian pop-rock band the Barenaked Ladies teases its upcoming album, Fake Nudes, with the gentle track "Sunshine." It's the band's second full-length album this year, following a well-received collaboration with a cappella ensemble the Persuasions back in April, and the band has international tour dates booked well into next year.

"'Sunshine' is about recognizing that sometimes we just need a change of scenery," wrote lead vocalist Ed Robertson. "It’s easy to get wrapped up in your own head, and things make sense to you if you never say them out loud to the people who matter the most. Tyler [Stewart, drums] says it’s my best song. I don’t know about all that, but I am very proud of it.”

Fake Nudes is due out November 17 and can be ordered from various retailers.