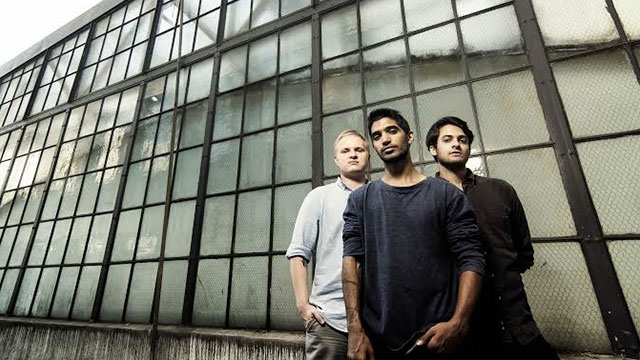 AMJ has only been a band for a few short months, but they've come out swinging with a handful of songs from their forthcoming debut EP, including "White Lies," which we're debuting below. The Los Angeles trio teamed up with producer and engineer Josh Mosser, who has worked with Eminem, Christina Aguilera, and Imagine Dragons, on the track, which is built around vibrant acoustic guitar, frontman Axel Mansoor's voice, and layers of backing vocals.