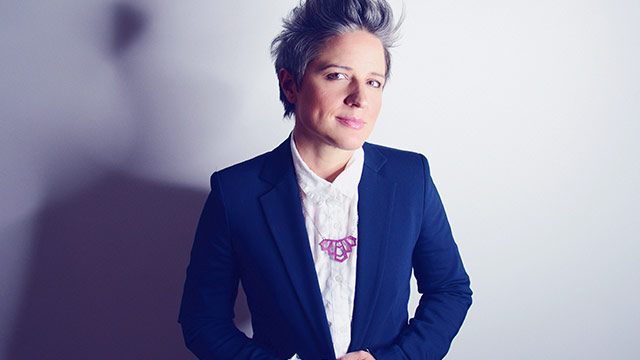 "Fuster" is the opening track from Otis Was a Polar Bear, the upcoming album from jazz drummer and bandleader Allison Miller's Boom Tic Boom. Editor Thom Jurek hailed Miller's 2013 album, No Morphine, No Lillies, calling her "not only one of the finest drummers on the scene, but also one of the most innovative compositional voices." Check out the new track and hear where she's headed next, and let Miller herself tell you about the song's origins.

"My family and I had recently come back from a trip to Cuba, right before our daughter was conceived. When we were there we fell deeply in love with the work of Cuban folk artist José Fuster. We brought a piece of his art back with us to hang on the wall of our not yet realized daughter's bedroom wall. Something from Grandpa Fuster! That's what he felt like to my Jewish wife, sort of this cross between a Cuban grandpa and a Jewish grandpa. About a year and a half later, while changing my daughter's diaper, I started singing a new melody that was this cross between Cuban clave and Klezmer harmony. And so soon after Josie was born, 'Fuster,' the song, was born.”

The album is due out April 8.

Otis Was a Polar Bear can be preordered here.