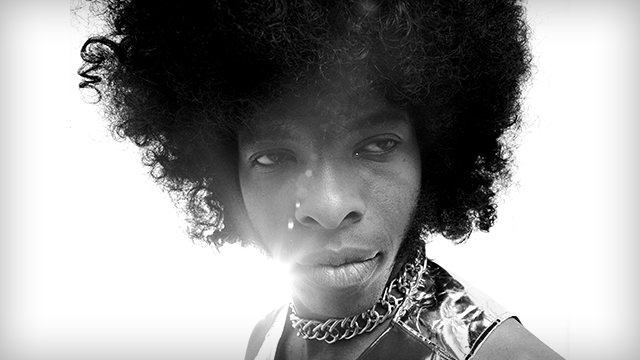 Sylvester Stewart -- known to the world as performer, composer and producer Sly Stone -- was born on this date in 1943. In honor of his 70th birthday, we're giving away a trio of classic albums by his musical and social boundary-breaking band, Sly & the Family Stone. Brilliantly fusing soul, rock, R&B, psychedelia and funk -- as well as crossing barriers among gender and race -- Stone's group captured the cultural pulse of the '60s and '70s, delivering records uniquely adept at summoning booties to the dance floor as well as inspiring a political discourse that continues today.

Wanna win vinyl issues of Stand!, There's a Riot Goin' On, and Fresh? Here's how:

Details about this giveaway:
Winner will be randomly selected on Friday, March 29.
Must be a U.S. resident to win.
Winner will be contacted via the service they used to enter.
If no response is received from the winner within 72 hours, a new winner will be drawn from the pool of candidates.

Flashback time! Check out Sly & the Family Stone performing "Dance to the Music" on Soul Train: