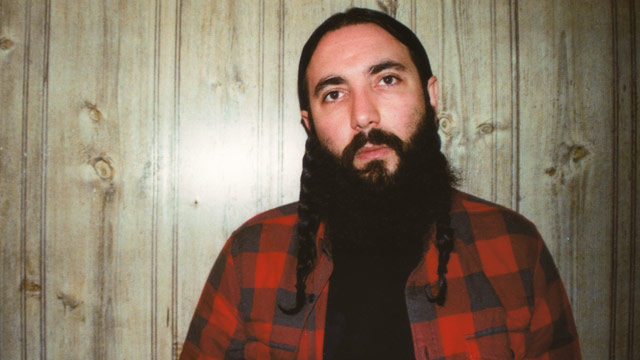 When it came time for Ron Pope and his band to record their latest LP, Work, there was no time to waste. The crew hunkered down in a Nashville studio for seven days to record the LP to tape, yielding an album that proudly wears its raw edges and spontaneity.

Pope has maintained a fierce independence in the music industry following a lousy major label experience that encouraged him to plot his own course, releasing his own albums and managing his own career ever since. Since then, his songs have racked up over 150 million streams on Spotify alone, and his upcoming North American tour is making stops at some of the region's best theaters.

We spoke with Pope about the pressure cooker situation of recording an album in seven days, how he decompressed from the sessions, and how he keeps everyone focused. He also shares a performance of "Stick Around," the album's closing track. Work is due out on August 18.

AllMusic: How did "Stick Around" come together?

Ron Pope: I didn’t even realize that song was going to make the record. We were in the studio for about a week, and the last day, I said, “I really like that song, and I never got around to cutting it,” because I couldn’t think of how to arrange it. So my engineer said, “Go sit down in front of the mic and play it, and at least we’ll have a recording of it so we can think about what to do with it,” and I sat down and played it, and we were like, “Oh, that sounds good.”

Working to tape with this album, one of the benefits of that is that you have no choice but to make decisions, you can’t record 100 tracks on something, you can’t cut the vocals out. At a certain point you have to decide to do something. I think you hear the honesty of it, just people playing music, there’s no way to hide the rough edges.”

AllMusic: When you're recording nonstop for a week, does the time fly by?

Pope: At the end of the day, you have to go in there and feel like you’ve done something good, something enjoyable, something exciting, and if it’s not, you fucked up. They call it “playing” for a reason. For me, the whole week was exciting. I hire people who do things I admire and then I let them do that, that’s my M.O. as a producer. The whole week was fun and nerve-racking on another level, you’re taking something you created out of nothing and are turning it into a finished product.

We made a record we really loved and that showcases what my band is like. In our live show, we have loud moments with horns and electric guitars when I’m jumping around and sweating, and there are quiet moments with the banjo where we’re all singing harmonies, and moments where I’m playing all by myself. I thought that was important to showcase on this album, the whole spectrum of what we do.

AllMusic: When you're working that intensely, do you have a no-phones policy to avoid potential distractions?

Pope: Everybody who works with me is a professional. It’s their job, so I never really experienced any kind of distraction. My engineer, Ted, helps steer the ship and keep people in line, and we let everybody know what we expect. It keeps it all fun for me, all friendly, everyone’s excited, and we don’t have to crack the whip on anybody. No one’s like, “I have to finish this YouTube video before I can play.”

AllMusic: What did you do the first day after that session was over?

Pope: The day after we finished the record, I stayed in bed until maybe two o’clock or something like that. Then I ate a sandwich and walked my dog. I just wanted to relax and not have to make any decisions at all, I was burned out on decisions. That’s the hardest part of recording, is making these choices that echo on forever. When a recording is done, that’s it, that’s what it sounds like. When I’m done with that, I don’t want to decide what to eat, what to wear, what to watch, what to do, I just sit down and not have to decide. That’s what I did, I stopped deciding for a few days.

'Work' can be ordered here.