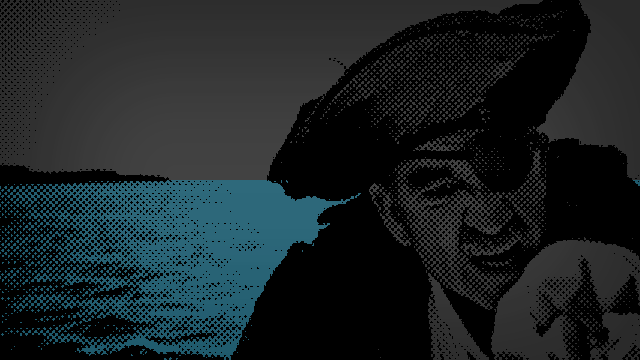 The story goes that upon trumpeter Miles Davis' suggestion that they should record Woody Shaw, Columbia Records went a step further and signed the then 33-year-old trumpeter. By the mid '70s, Shaw was already a well-respected firebrand on the post-bop jazz scene, and along with Freddie Hubbard a leading innovator on the instrument. However, things didn't go so well for Shaw at Columbia, and despite earning a Grammy nomination and Down Beat's Reader's Poll Award for Best Jazz Album with 1977's Rosewood, what should have been his big break ended up solidifying his reputation as a trumpeter's trumpeter and cult jazz favorite.


Of the five albums Shaw recorded for Columbia -- all of which were collected in the superb Mosaic box set The Complete CBS Studio Recordings of Woody Shaw -- only Rosewood and the burning Stepping Stones: Live at the Village Vanguard have gotten proper CD reissues. The third album, 1979's Woody III, is a long-out-of-print gem that deserves to be heard. Another large ensemble record similar to Shaw's previous Columbia albums, the album features his longtime working ensemble of sidemen including tenor saxophonist Carter Jefferson, trombonist Steve Turre, altoist James Spaulding, drummer Victor Lewis, bassist Clint Houston, and pianist Onaje Allan Gumbs, as well as such guests as trombonist Curtis Fuller, pianist George Cables, and others. Interestingly, Woody III is at least partially a concept album with the first three cuts working as a kind of suite about the three generations of Shaw's family. In fact, rather than just denoting that this was his third album for Columbia, Woody III was actually named after Shaw's just-born son Woody Louis Armstrong Shaw III. These are swaggering, frenetic, and deeply intelligent performances that find Shaw at the summit of not just his career but his artistic and technical abilities as well.

Shaw went on to record two more albums for Columbia with 1980's For Sure! and 1981's United, and though those albums were by no means uncommercial, there seems to be a sense in interviews Shaw gave in later years that from Columbia's perspective he had either missed the fusion trend -- a trend arguably on the decline by the late '70s that Shaw never quite embraced -- or simply was too cerebral for mainstream consumption. Subsequently, Columbia dropped Shaw from the label.

In a darkly ironic twist, the year Shaw left Columbia, they signed a then largely unknown 19-year-old New Orleans trumpet prodigy and (like Shaw) former Jazz Messenger named Wynton Marsalis, who would not only go on to bring Columbia some of its biggest jazz sellers but his own well-documented disagreements with the aforementioned Mr. Davis. Which isn't to take anything away from Marsalis' achievements either artistically or commercially, as he was a true phenomenon and devotee of Shaw's in his own right.

Although Shaw would continue to record for various labels up until his tragic death in 1989, he never quite achieved the commercial success he deserved. Nonetheless, he is remembered as a titan of jazz. While all of Shaw's albums should be readily available, the very personal aspects of Woody III -- and the searching, free flowing improvisations captured therein -- make it an especially unique document deserving of reissue.

Listen to "Escape Velocity," a track from Woody III that was included on 2005's Stepping Stones: Live at the Village Vanguard [Bonus Tracks] .