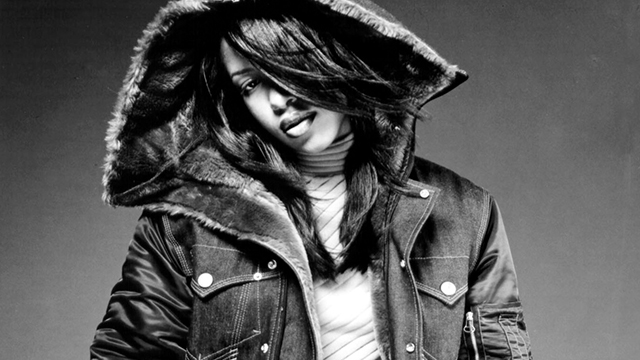 Until the end of August, 1996 wasn't all that eventful or spectacular. With another stream of laid-back grooves and ballads, the genre wasn't sounding much different than it had throughout the previous year. Soundtracks clogged the market. There was Sunset Park, Set It Off, The Nutty Professor, High School High, A Thin Line Between Love & Hate, Space Jam, Don't Be a Menace, Eddie, Bulletproof, Kazaam, and the quintuple-platinum Waiting to Exhale -- all of which placed singles on Billboard's Hot R&B Singles chart.

Most of the few developments weren't noticeable at the time. On May 11, four still-active solo male artists -- Case, Donell Jones, Kenny Lattimore, and Maxwell -- debuted on the chart. Jones made his impact with a cover of Stevie Wonder's "Knocks Me Off My Feet," yet it was Maxwell, with an artsy bohemian quality more appealing to rock critics, who was classified as a Stevie throwback. Three months later, "Use Your Heart," a gorgeous ballad from SWV, hit the chart with credit to "Pharrell Williams and Chad Hugo for Neptune Productions." It was the Teddy Riley protégés' first noteworthy single as producers.

And then, on August 31, former Williams and Hugo bandmate Timbaland, along with friend Missy Elliott, began their reign. Together and separately, Timbaland and Elliott had taken small steps with Jodeci and Sista, among others. Aaliyah's "If Your Girl Only Knew" put them on top. A week later, Timbaland notched another hit with Ginuwine's "Pony." The combination of bullfrog croaks, slide whistles, stuttering drums, short-sharp hooks, and frank lyrics sounded like nothing else. A couple months after that, Tim and Missy connected again for "One in a Million," easily the year's hottest ballad. All three singles topped the chart and advanced the genre.

Meanwhile, the increased acceptance of rap, and the continued mingling of rap and R&B -- as well as other industry factors -- were squeezing pure R&B. The number of charting R&B singles, or singles with an R&B artist as the headliner, went from roughly 350 in 1990 to roughly 240 in 1996.