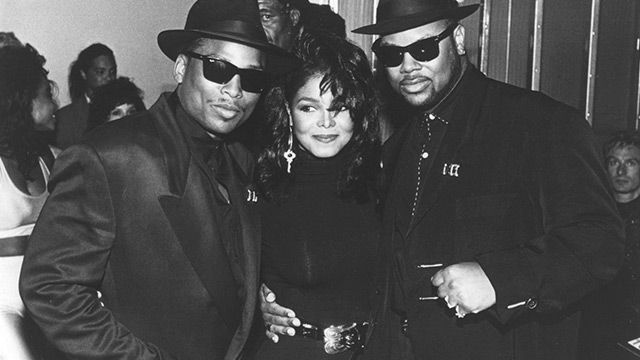 Easily the least bounteous year of its decade, 1989 was saturated with drippy ballads and new jack knockoffs. The veteran likes of Al Green, Bar-Kays, and the O'Jays attempted to keep up with mostly forgotten results. The stark contrast between Diana Ross' 1980 and 1989 singles, all made with Nile Rodgers, provides the best demonstration of R&B's contrasting health at the beginning and end of the decade. While Ross' "Workin' Overtime" hit number three on Billboard's Hot Black Singles chart during the summer of '89, it chased a trend and was quickly forgotten, unlike the indisputably advanced and classic 1980 smash "Upside Down." This was a year of homogenization. Not even 108 FM's Mister Señor Love Daddy could possibly identify "Raindrops" as the work of Kool & the Gang -- probably because the great Chuckii Booker did most of the work.

And then there was Milli Vanilli.

The year likewise brought very few albums of significance. There was Rhythm Nation 1814, another gleaming and progressive album from the team of Janet Jackson, Jimmy Jam, and Terry Lewis. Booker reluctantly stepped out from propping up Tease, Troop, and Vanessa Williams, delivered a lost work of greatness, opened for Jackson, and also worked as her musical director. With Club Classics Vol. One (titled Keep on Movin' in the U.S.), Soul II Soul, guided by Jazzie B and fronted by Caron Wheeler, brought the sound of London's Africa Centre to the States. That group outclassed everyone in their field and incorporated inspirations, such as jazz-funk and disco-soul, that were otherwise absent in late-'80s contemporary R&B.

Just beneath the 40, A-Z: Chuckii Booker's "Touch," Club Nouveau's "No Friend of Mine," Michael Cooper's "Should Have Been You," El DeBarge's "Real Love," Will Downing's "Test of Time," Entouch's "All Night," Foster/McElroy's "Dr. Soul," Aretha Franklin & Whitney Houston's "It Isn't, It Wasn't, It Ain't Ever Gonna Be," Full Force's "Ain't My Type of Hype," Guy's "Spend the Night," James Ingram's "I Wanna Come Back," Miles Jaye's "Objective," LeVert's "Gotta Get the Money" and "Smilin'," Maze's "Can't Get Over You," Stephanie Mills' "Home," David Peaston's "Two Wrongs (Don't Make It Right)," Prince's "Scandalous!" and "Partyman," R.J.'s Latest Arrival's "Rich Girls," Ten City's "That's the Way Love Is," Today's "Take It Off," Tony! Toni! Toné!'s "For the Love of You," Troop's "I'm Not Soupped," Ruby Turner's "It's Gonna Be Alright," Jody Watley's "Friends," Wendy & Lisa's "Are You My Baby," Alyson Williams' "My Love Is So Raw" and "Just Call My Name," Christopher Williams' "Promises, Promises."