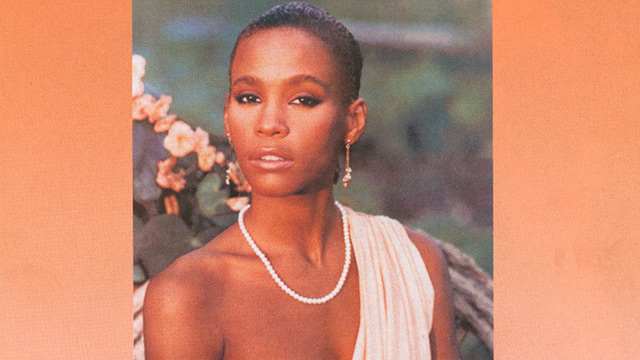 Whitney Houston was undeniably the biggest artist to break through in 1985. Her impact seemed sudden to the casual music follower, but she had poised herself for several years with vocals on recordings by mother Cissy Houston, Chaka Khan, Lou Rawls, and Material, among others. "Hold Me," a duet with Teddy Pendergrass, charted in 1984. Her debut album, two years in the making, was greatly anticipated. Publications that weren't even music-oriented, from New York magazine to Ebony Jr!, profiled the singer several months before its February '85 release. Apart from two great Kashif collaborations front-loaded in the sequence, the album was directed more toward pop and adult contemporary playlists and squarely hit the targets to achieve diamond-selling status—13 million copies sold, and counting, in the U.S. alone.

Prince's progression during this era still astounds. In April of '85, when Purple Rain was only 10 months old, he and the Revolution delivered Around the World in a Day, an album that went in a new direction and confounded a growing legion of imitators. When lead single "Raspberry Beret" hit the airwaves in May, it instantly made final Purple Rain single "Take Me with U"—only a month off the chart—sound like a tired B-side. (The B-side of "Raspberry Beret," "She's Always in My Hair," laid "Take Me with U" to waste.) Prince and his associates, past and then present, account for a quarter of the songs in this subjective round-up of the year's charting R&B singles.

Apart from Jam & Lewis and Kashif, Nick Martinelli also fought against the mid-to-late '80s trend toward thinner and sharper sounds in contemporary R&B. A Philadelphian trained by Dexter Wansel, Martinelli had much of his success with U.K. groups like 5 Star and 52nd Street. More prominently, he teamed with London's Loose Ends on an incredible run of singles, the zenith of which reached number one on the Hot Black Singles chart for one week in July. It also tops the list here.

Not enough loved R&B songs charted in 1985 to warrant monthly top tens. Just beneath the 40, A-Z: Steve Arrington's "Feel So Real," Change's "Let's Go Together," Cheyne's "Call Me Mr. 'Telephone' (Answering Service)," Full Force's "Girl If You Take Me Home" and "Alice, I Want You Just for Me!," Marvin Gaye's "Sanctified Lady," Thelma Houston's "(I Guess) It Must Be Love," Whitney Houston's "Saving All My Love for You," Freddie Jackson's "Rock Me Tonight (For Old Times Sake)," Jesse Johnson's Revue's "Be Your Man" and "I Want Your Girl," Chaka Khan's "Through the Fire," Evelyn "Champagne" King's "Your Personal Touch," Loose Ends' "Choose Me," Madonna's "Angel," Alexander O'Neal's "A Broken Heart Can Mend," Greg Phillinganes' "Behind the Mask," the System's "This Is for You," and the Whispers' "Some Kinda Lover." Last but not least, there was Bobby Womack's "I Wish He Didn't Trust Me So Much" -- one of the coldest songs ever recorded. It was Womack's last Top Ten hit. Rest in peace, Poet.