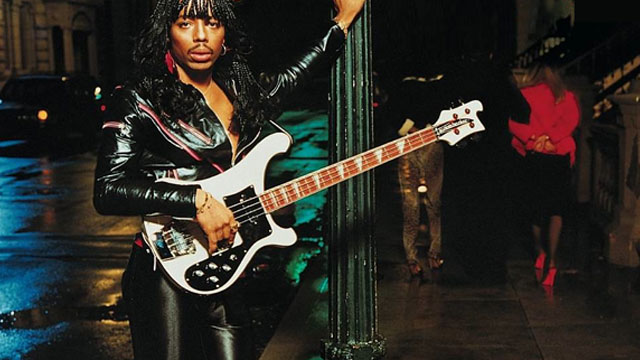 Several classic albums were released in 1981, a year led by Rick James' Street Songs, Luther Vandross' Never Too Much, and Slave's Show Time, but the 7" and 12" sections at record stores were regularly replenished with newly charting singles that reached Billboard's Hot Soul Singles at a rate of roughly ten a week. During the year's second-to-last week, close Mtume associate and session keyboardist Hubert Eaves III, along with newcomer vocalist James Williams, strong-armed all contenders with "You're the One for Me," the ultimate synth-funk jam. As a classification, "jam" seems far too light. If Prince's "Controversy" is a monster, "You're the One for Me" is a bionic leviathan. Eaves' synthesizer weighed a ton. Even if you can't help but mishear "Bustin' up on a cloud" as a certain unprintable exclamation, there is no denying that Williams brought the year's most powerful vocal.

As in 1980, there were more than enough outstanding singles in '81 to justify monthly top tens. They appear beneath the embedded Spotify link and necessitated their own tough cuts. This era was golden. If a ranked, 40-deep list of album cuts and failed-to-chart singles were appended to the charted 40, the trip from number one to number 80 wouldn't involve a significant drop in quality. That back 40, for starters, would have to include Slave's "Party Lites" and "Steal Your Heart," Twennynine's "Movin' On" and "Find a Love," Gene Dunlap's "Take My Love," Sylvia Striplin's "You Can't Turn Me Away," the B.B. & Q. Band's "Starlette," René & Angela's "Secret Rendezvous," Chaka Khan's "Fate," and Rufus & Chaka Khan's "Secret Friend." (The last of that bunch is basically Rufus & Chaka and René & Angela at the same damn time).

*This song is not available on Spotify in the U.S. Favorite number 41 appears in its place, at the end of the playlist.

March
Webster Lewis - "Let Me Be the One"
The Gap Band - "Yearning for Your Love"
Shalamar - "Make That Move"
Chaka Khan - "What Cha' Gonna Do for Me"
Rick James - "Give It to Me Baby"
Ray Parker Jr. & Raydio - "A Woman Needs Love (Just Like You Do)"
Delegation - "In Love's Time"
Deniece Williams - "What Two Can Do"
Bill Summers & Summers Heat - "Call It What You Want"
Ullanda McCullough - "Bad Company"

October
Central Line - "Walking into Sunshine"
Earth, Wind & Fire - "Let's Groove"
Kool & the Gang - "Take My Heart (You Can Have It If You Want It)"
Tavares - "Loveline"
George Benson - "Turn Your Love Around"
RJ's Latest Arrival - "Body Snatcher"
Jimmy Ross - "First True Love Affair"
Teena Marie - "It Must Be Magic"
René & Angela - "Wall to Wall"
Cheryl Lynn - "In the Night"