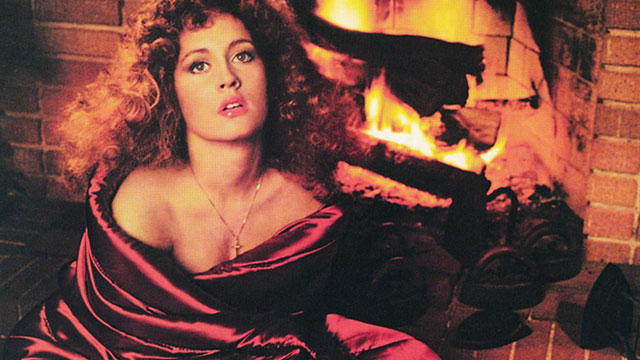 If the gripes about disco's destruction of rhythm and blues seemed silly during the late '70s and the '80s, they're unequivocally wacky in 2014, considering the harmful industry developments that followed and the passing of time. In 1980, Billboard's Hot Soul Singles chart featured a whopping 520 R&B singles -- as well as a handful of rap cuts. Bountiful is the first word that comes to mind. After narrowing the favorites down to 40, it was obvious that far too much brilliance was left out, so monthly charts were made. They appear beneath the playlist link. It was tough to eliminate several selections, such as Pointer Sisters' "He's So Shy" (an August debut), from those countdowns. Classics came from many corners, both stylistically and geographically, including chunky synth-funk, sophisticated roller-skating jams, weightless ballads, Italian disco, and Japanese electro-pop. Young Prince got dirty, while Luther Vandross, front and center in number 14, emerged from extensive session work and a fledgling solo career. We also got the final album from Minnie Riperton, whose life was taken the previous July by cancer, as well as two great albums from Teena Marie -- the first of which was made with Riperton's grieving widower, Richard Rudolph.

The year's most progressive music was put together by Leon Sylvers III, who had recently graduated from writing and producing for his own group -- the Sylvers -- to being the in-house producer for Dick Griffey's Solar label. His slick, sparkling sound is epitomized by the Whispers' "And the Beat Goes On" and Shalamar's "Right in the Socket." Sylvers also took on work for other labels, such as Chocolate City, whose 7th Wonder appears in the September chart. That man's presence and aftershocks will be felt in the next several R&B 40s.

January
The Whispers - "And the Beat Goes On"
Vaughan Mason & Crew - "Bounce, Rock, Skate, Roll"
Brides of Funkenstein - "Never Buy Texas from a Cowboy"
Trussel - "Love Injection"
Donna Summer - "On the Radio"
Sister Sledge - "Got to Love Somebody"
Roberta Flack f/ Donny Hathaway - "You Are My Heaven"
Parliament - "Theme from the Black Hole"
Yellow Magic Orchestra - "Computer Game"
Kool & the Gang - "Too Hot"

February
Michael Jackson - "Off the Wall"
The Brothers Johnson - "Stomp!"
Prince - "Why You Wanna Treat Me So Bad?"
Brenda Russell - "Way Back When"
Pressure - "Can You Feel It"
Rick James - "Come into My Life"
Leon Haywood - "Don't Push It Don't Force It"
Skyy - "High"
Gil Scott-Heron & Brian Jackson - "Shut 'um Down"
GQ - "Standing Ovation"

May
Teena Marie - "Behind the Groove"
Stacy Lattisaw - "Dynamite!"
Odyssey - "Don't Tell Me, Tell Her"
Cameo - "We're Goin' Out Tonight"
The Brothers Johnson - "Light Up the Night"
Sheila & B. Devotion - "Spacer"
Angela Bofill - "Angel of the Night"
Roberta Flack f/ Donny Hathaway - "Back Together Again"
Rufus f/ Chaka Khan - "I'm Dancing for Your Love"
Switch - "Don't Take My Love Away"

August
Teena Marie - "I Need Your Lovin'"
Zapp - "More Bounce to the Ounce"
Mtume - "Give It on Up (If You Want To)"
Kleeer - "Open Your Mind"
Delegation - "Heartache No. 9"
Minnie Riperton - "Here We Go"
Gladys Knight & the Pips - "Taste of Bitter Love"
Tom Browne - "Funkin' for Jamaica"
Stephanie Mills - "Never Knew Love Like This Before"
Queen - "Another One Bites the Dust"

November
Yarbrough & Peoples - "Don't Stop the Music"
Kano - "I'm Ready"
Wilton Felder - "Inherit the Wind"
Switch - "Love Over and Over Again"
One Way - "Something in the Past"
Con Funk Shun - "Too Tight"
Lakeside - "Fantastic Voyage"
Tierra - "Together"
Earth, Wind & Fire - "You"
Heatwave - "Gangsters of the Groove"

The Problem with Yacht Rock

The Problem with Yacht Rock