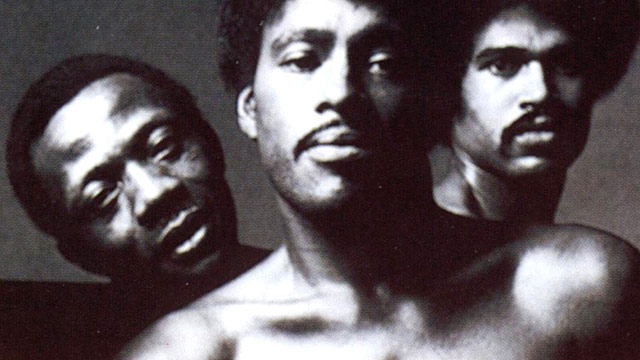 Whether you first encountered it on a dancefloor, on the radio, in Carlito's Way or Pitch Perfect 2, or even through one of many cover versions, LaBelle's "Lady Marmalade" likely made a permanent impression. The eternal hit single from Patti LaBelle, Nona Hendryx, and Sarah Dash debuted on the December 14, 1974 edition of Billboard's Soul Singles chart. It reached the top two months later, and is therefore considered more of a 1975 record, at least in the mainstream sense. The same can be said of Gloria Gaynor's storming version of "Never Can Say Goodbye," which entered the chart the following week. As with "Lady Marmalade," the underground dwellers were up on it weeks before casual music listeners caught on. When Billboard published Tom Moulton's Disco Action chart for the first time that October, the song was at the top, its mainstream infiltration accurately predicted. (Today, that chart is known as Hot Dance Club Songs—one form of proof that disco never died.)

Going by our five-star standard, 1974 offered little in the way of classic R&B albums. Gil Scott-Heron & Brian Jackson's Winter in America and Terry Callier's I Just Can't Help Myself are the only '74 studio releases awarded the status. Neither one featured a charting A-side. Ohio Players, Funkadelic, and Bill Withers were among those who issued excellent albums during the year, and each one is represented below. Just as noteworthy are Body Heat, Perfect Angel, Stevie Wonder Presents Syreeta, Fulfillingness' First Finale, Live It Up, and Dancing Machine, all of which are deeply connected through collaborations.

Here are 40 personal-favorite singles that reached Billboard's Soul Singles chart during 1974, followed by a Spotify playlist and month-by-month top tens:

*These songs are not available on Spotify in the U.S. Favorites 41-43 appear in their places, at the end of the playlist.

February
Herbie Hancock - "Chameleon"
Barry White - "Honey Please, Can't Ya See"'
Junie - "Tightrope"
Staple Singers - "Touch a Hand (Make a Friend)"
Diana & Marvin - "My Mistake (Was to Love You)"
Bloodstone - "Outside Woman"
Gladys Knight & the Pips - "Best Thing That Ever Happened to Me"
Millie Jackson - "I Got to Try It One Time"
Jerry Butler - "That's How Heartaches Are Made"
First Choice - "Newsy Neighbors"

March
James Brown - "The Payback"
William DeVaughn - "Be Thankful for What You Got"
The Isley Brothers - "Summer Breeze"
Earth, Wind & Fire - "Mighty Mighty"
Jackson 5ive - "Dancing Machine"
Bill Withers - "The Same Love That Made Me Laugh"
Chairmen of the Board - "Life and Death"
Lou Courtney - "I Don't Need Nobody Else"
The Stylistics - "You Make Me Feel Brand New"
Graham Central Station - "Can You Handle It?"

April
Stevie Wonder - "Don't You Worry 'Bout a Thing"
The O'Jays - "For the Love of Money"
Kool & the Gang - "Hollywood Swinging"
Blue Magic - "Sideshow"
The Impressions - "Finally Got Myself Together"
Four Tops - "One Chain Don't Make No Prison"
Aretha Franklin - "I'm in Love"
Gloria Scott - "What Am I Gonna Do"
Bobbi Humphrey - "Chicago, Damn"
Ashford & Simpson - "Have You Ever Tried It"

June
Bobby Womack - "You're Welcome, Stop on By"
Funkadelic - "Standing on the Verge of Getting It On"
The Main Ingredient - "Happiness Is Just Around the Bend"
Roberta Flack - "Feel Like Makin' Love"
Rufus Featuring Chaka Khan - "Tell Me Something Good"
The Soul Searchers - "Blow Your Whistle"
Sly & the Family Stone - "Time for Livin'"
Curtis Mayfield - "Kung Fu"
War - "Ballero"
Solomon Burke - "Midnight and You"

July
Parliament - "Up for the Down Stroke"
Johnny Bristol - "Hang On in There Baby"
Earth, Wind & Fire - "Kalimba Story"
Dionne Warwicke & Spinners - "Then Came You"
Bill Withers - "You"
Barry White - "Can't Get Enough of Your Love, Babe"
The Isley Brothers - "Live It Up"
Brother to Brother - "In the Bottle"
The Miracles - "Do It Baby"
MFSB - "Love Is the Message"

October
Rufus Featuring Chaka Khan - "You Got the Love"
Sly & the Family Stone - "Loose Booty"
Blue Magic - "Three Ring Circus"
Gladys Knight & the Pips - "I Feel a Song (In My Heart)"
Al Green - "Sha-La-La (Make Me Happy)"
Curtis Mayfield - "Sweet Exorcist"
Betty Wright - "Shoorah! Shoorah!"
The Stylistics - "Heavy Fallin' Out"
The Whispers - "What More Can a Girl Ask For?"
Jackson 5ive - "Whatever You Got, I Want"

November
James Brown - "Funky President (People It's Bad)"
The Main Ingredient - "California My Way"
Bunny Sigler - "Keep Smilin'"
Commodores - "I Feel Sanctified"
Bill Withers - "Heartbreak Road"
Average White Band - "Pick Up the Pieces"
Barry White - "You're the First, the Last, My Everything"
Candi Staton - "As Long as He Takes Care of Home"
Harold Melvin & the Blue Notes - "Where Are All My Friends"
Smokey Robinson - "I Am I Am"