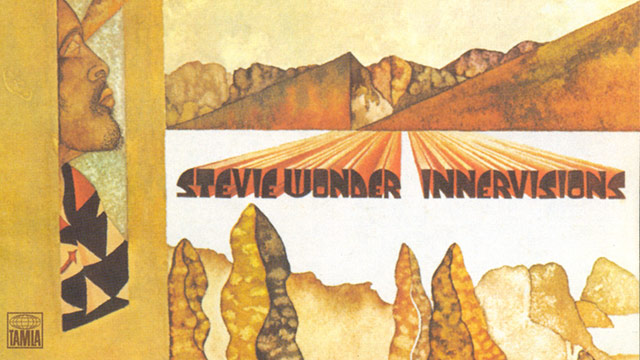 Having released two stellar albums the previous year, Stevie Wonder could have been excused for remaining kicked back throughout 1973. He was just getting started. "Superstition" and "You Are the Sunshine of My Life," the last two singles from Talking Book, the latter of those two 1972 full-lengths, kept him hot through the first half of the year. In August, he hit with another classic, Innervisions, as well as its lead single, the uplifting "Higher Ground." By the end of the year, the relevant-as-ever "Living for the City" unseated the Staple Singers' "If You're Ready (Come Go with Me)" at the top of Billboard's Hot Soul Singles chart.

Meanwhile, Stevie's contemporaries were cranking out life-enriching jams and ballads by the bucket load. Ex-Temptation Eddie Kendricks found his footing as a solo artist with a stream of relaxed, expansive dancefloor cuts. Through Bobby Womack and Willie Hutch, soundtracks remained the supplier of the genre's most progressive sounds. Upcoming talent bubbled up with early career highlights from Earth, Wind & Fire, the Pointer Sisters, Barry White. Just as notably, there was the emergence of Rufus, who quickly wised up and affixed "Featuring Chaka Khan" to their name. The more established Ohio Players, fronted by the brilliant Junie Morrison, created the year's wildest, funkiest sounds. "Funky Worm" translated across generations with its side-splitting humor and oft-sampled synthesizer lead, but "Ecstasy" is just as remarkable. What must be one of the best screams in recorded history occurs from roughly its 38th second through its 48th.

Here are 40 personal-favorite singles that reached Billboard's Soul Singles chart during 1973, followed by a Spotify playlist and month-by-month top tens:

May
Willie Hutch - "Brother's Gonna Work It Out"
Fred Wesley & the J.B.'s - "Doing It to Death"
Foster Sylvers - "Misdemeanor"
The Manhattans - "There's No Me Without You"
Chairmen of the Board - "Finder's Keepers"
Gladys Knight & the Pips - "Daddy Could Swear, I Declare"
James Brown - "Think"
The O'Jays - "Time to Get Down"
William Bell - "Lovin' on Borrowed Time"
The Ebonys - "It's Forever"

June
Bobby Womack - "Nobody Wants You When You're Down and Out"
Tower of Power - "So Very Hard to Go"
Sly & the Family Stone - "If You Want Me to Stay"
Manu Dibango - "Soul Makossa"
Donny Hathaway - "Love, Love, Love"
Donald Byrd - "Black Byrd"
Four Tops - "Are You Man Enough"
Johnnie Taylor - "I Believe in You (You Believe in Me)"
Edwin Starr - "There You Go"
Maxayn - "Check Out Your Mind"

September
Harold Melvin & the Blue Notes - "The Love I Lost"
Jackson Sisters - "I Believe in Miracles"
The Dramatics - "Fell for You"
Billy Preston - "Space Race"
Betty Wright - "Let Me Be Your Lovemaker"
Lou Courtney - "What Do You Want Me to Do"
The Persuaders - "Some Guys Have All the Luck"
The Ovations - "Having a Party"
Diana & Marvin - "You're a Special Part of Me"
Ripple - "I Don't Know What It Is, But It Sure Is Funky"

October
The Staple Singers - "If You're Ready (Come Go with Me)"
Barry White - "Never, Never Gonna Give You Up"
Al Wilson - "Show and Tell"
Four Tops - "Sweet Understanding Love"
The Intruders - "I Wanna Know Your Name"
Bobby Blue Bland - "This Time I'm Gone for Good"
Curtis Mayfield - "If I Were Only a Child Again"
The Fatback Band - "Njia (Nija) Walk (Street Walk)"
Leroy Hutson - "When You Smile"
Candi Staton - "Love Chain"

November
Stevie Wonder - "Living for the City"
Marvin Gaye - "Come Get to This"
Gladys Knight & the Pips - "I've Got to Use My Imagination"
Aretha Franklin - "Until You Come Back to Me"
Al Green - "Livin' for You"
Natural Four - "Can This Be Real?"
Rufus - "Feel Good"
Earth, Wind & Fire - "Keep Your Head to the Sky"
Smokey Robinson - "Baby Come Close"
The Independents - "It's All Over"