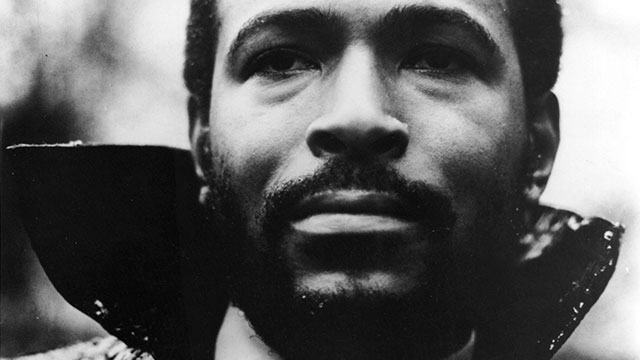 Some eternal full-length masterpieces were first filed in the soul/funk/R&B sections of record stores throughout 1971. Among them were What's Going On (May), Maggot Brain (July), and There's a Riot Goin' On (November)—all sonically distinctive, in tune with inner city and global conditions, built for beginning-to-end absorption. While the genre was more open to ambitious and thematic artistic statements spread across one or two pieces of 12" wax played at 33 1/3 rpm, the 7"/45 rpm market remained in a golden period. Those Marvin Gaye, Funkadelic, and Sly & the Family Stone albums, after all, were driven by phenomenal singles, and dozens of other everlasting A-sides offered a wide range of approaches and sounds. Take "Never Can Say Goodbye," bittersweet but peppy in its original Jackson 5 form, fronted by 11-year-old Michael. It debuted on Billboard's Soul Singles in April, and only a month later, Isaac Hayes hit the chart with the adult version—two minutes longer, more aching, more ornate. Producer Norman Whitfield and songwriting partner Barrett Strong continued their streak of expansive, psychedelicized brilliance. Their 13-minute "Smiling Faces Sometimes" appeared that April, recorded by the Temptations for Sky's the Limit. Within two months, fellow Gordy act the Undisputed Truth reached the chart with their slightly spookier version, pared down to three minutes for maximum commercial impact.

Here are 40 personal-favorite singles that reached Billboard's Soul Singles chart during 1971, followed by a Spotify playlist and month-by-month top tens. Had the New Rotary Connection's "I Am the Black Gold of the Sun," a cut from the Chicago collective's Hey Love, been released as a single that year, it would be at the top spot.

January
James Brown - "Get Up, Get into It, Get Involved"
The Stylistics - "You're a Big Girl Now"
Kool & the Gang - "Who's Gonna Take the Weight"
Candi Staton - "He Called Me Baby"
Wilson Pickett - "Don't Let the Green Grass Fool You"
Johnnie Taylor - "Jody's Got Your Girl and Gone"
The Four Tops - "Just Seven Numbers (Can Straighten Out My Life)"
Diana Ross - "Remember Me"
Jerry Butler - "You Just Can't Win (By Making the Same Mistake)"
The Three Degrees - "You're the One"

April
The Jackson 5 - "Never Can Say Goodbye"
Aretha Franklin - "Bridge Over Troubled Water"
The Honey Cone - "Want Ads"
The Main Ingredient - "(Spinning Around) I Must Be Falling in Love"
The Chi-Lites - "(For God's Sake) Give More Power to the People"
Booker T. & the M.G.'s - "Melting Pot"
The Isley Brothers - "Warpath"
The Whatnauts - "I'll Ease Away Your Pain"
Dionne Warwick - "Who Gets the Guy"
Charles Wright & the Watts 103rd Street Rhythm Band - "Your Love (Means Everything to Me)"

May
The Stylistics - "Stop, Look, Listen (To Your Heart)"
Isaac Hayes - "Never Can Say Goodbye"
Wilson Pickett - "Don't Knock My Love"
The Ebonys - "You're the Reason Why"
Funkadelic - "You and Your Folks, Me and My Folks"
Edwin Starr - "Funky Music Sho Nuff Turns Me On"
The Beginning of the End - "Funky Nassau"
Jean Knight - "Mr. Big Stuff"
The 8th Day - "She's Not Just Another Woman"
Clarence Carter - "The Court Room"

June
The Undisputed Truth - "Smiling Faces Sometimes"
Gladys Knight & the Pips - "I Don't Want to Do Wrong"
The Isley Brothers - "Love the One You're With"
The Delfonics - "Over and Over"
James Brown - "Escape-ism"
Roberta Flack & Donny Hathaway - "You've Got a Friend"
The Delfonics - "Hey! Love"
The Intruders - "Pray for Me"
Bobby Byrd - "I Know You Got Soul"
100 Proof Aged in Soul - "Driveway"

October
Marvin Gaye - "Inner City Blues (Make Me Wanna Holler)"
Isaac Hayes - "Theme from Shaft"
The Staple Singers - "Respect Yourself"
The Chi-Lites - "Have You Seen Her"
The Stylistics - "You Are Everything"
Dennis Coffey & the Detroit Guitar Band - "Scorpio"
The Emotions - "Show Me How"
The Isley Brothers - "Spill the Wine"
Roberta Flack & Donny Hathaway - "You've Lost That Lovin' Feelin'"
G.C. Cameron - "Act Like a Shotgun"