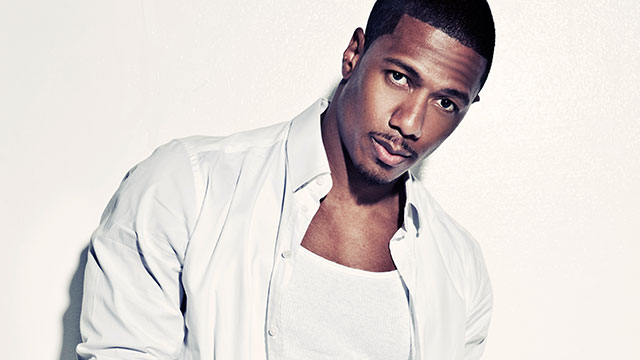 Nick Cannon, a man who possesses one of the lengthier résumés in the world of entertainment, has been all over the place lately, stirring up trouble by appearing in "whiteface" to promote his new album, White People Party Music, which is out today, gearing up for another season of hosting America's Got Talent, and maintaining a busy schedule as a touring DJ. While the internet is tripping over itself to report on his new leopard print hair or public comments about his sex life, we thought it would be fun to talk to Cannon about the aspects of his life that are, ostensibly, his professions: music and comedy. Cannon called us up in between appearances on Good Morning America and Late Night with David Letterman, and discussed his favorite skits from classic hip-hop albums, what song he considers to be perfect, and the song he estimates he's heard more than any other.

AllMusic: You have a few skits on your album, which seems like a bit of a dying art in the hip-hop world. Were you a fan of skits as a kid?

Nick Cannon: I was like, "Yo, I want to make sure I do the skits," and obviously, me being a comedian and someone who is all about skits and making people laugh, I had to make sure that's something that was a part of my album. I'm a huge fan of albums like The Chronic, Doggystyle, even N.W.A., De La Soul, A Tribe Called Quest, the Fugees - I would definitely say I would love to see people get back to it. Obviously, the one person who did get back to it in a major way and made it amazing was Kendrick, and he told a story and made it a movie, which was really cool. I'm a fan of that.

AllMusic: Did you have any favorites? Were you one of the kids who could quote "Torture" all the way through?

NC: "Torture" is always amazing, from 36 Chambers, but the one with the prank calls, "Deeez Nuuutz," is always funny. Ice Cube used to have some of the best skits, they were like mini-movies, from all of his albums. I’m a huge Ice Cube fan and he doesn't really get the credit that he should get as far as his impact on hip-hop. Ice Cube was like the first 50 Cent or the first Rick Ross or whoever the toughest guy is supposed to be in music right now, from the Kill At Will album to Lethal Injection to AmeriKKKa, the production that went into the stories that he was telling was crazy.

AllMusic: My favorite part of "Deeez Nuuutz" is that it has two separate bits that lead into the song - the prank call and the Rudy Ray Moore joke - it's like they couldn't decide which one to use.

NC: They put both of them on there. I remember being in junior high school at the time, and that was the best joke for like 10 years, you'd figure out your own way to tell a "deez nuts" joke, and it just wouldn't go away. It poured from that fountain of comedy that just never got old.

AllMusic: And on the album you have a song called "Fuck Nick Cannon," which has humor in it and sounds like it was a lot of fun to make.

NC: After Dave Chappelle did what he did, and then us sampling his voice and playing along with it and being able to bring it to life with the lyrics, with a pretty hard beat, we had fun with it. And now any time someone says "Fuck Nick Cannon," they're just promoting my album.

AllMusic: What's a song that you think is perfect? It doesn't have to be your favorite song, but a song where the writing and production and everything fall into place.

NC: Stevie Wonder's "Ribbon in the Sky." To me, Stevie Wonder is an underrated genius, and to know he created every aspect of that song, it's remarkable. It's one of those songs that even though it was out before my time, to this day I can play that song and say, "This is a perfect song." It never gets old.

AllMusic: Do you have specific memories of that song? Was it played in the house a lot when you were a kid?

AllMusic: Is there a song that you think you've heard more than any other? Again, it doesn't have to be your favorite, just the one you've crossed paths with the most.

NC: I probably have to say that the song - and I actually love this song, it's one of my favorite songs ever - is probably my wife's song "All I Want for Christmas is You." That song plays, every year, every single day, 10, 15 times a day in the month of December. So add up that month, every single year since that song has come out, that's probably the song I've heard the most.

NC: I bet you you can't, that Mariah song is everywhere in December.

AllMusic: Does she still love it or has she gotten tired of it?

NC: She loves it, especially the publishing.