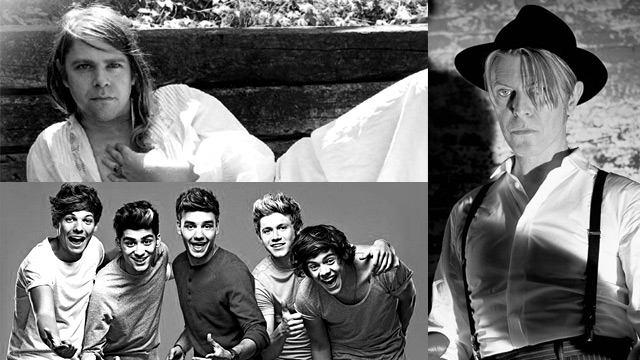 It's a week of big albums from big artists, starting with pop stars One Direction, who are releasing their conveniently-titled fourth album, Four, which features 12 tracks of eighties-influenced pop and ballads. A few veteran artists are making waves with new releases this week, including David Bowie's extensive new greatest hits package, Nothing Has Changed, which presents the star's career in reverse chronological order, and Joni Mitchell's new four-disc set, Love Has Many Faces: A Quartet, a Ballet, Waiting to Be Danced, which features remastered versions of her classic tracks.

Also, Bryan Ferry revisits his 1980's sweet spot with Avonmore, TV on the Radio and Ariel Pink drop new albums, and a cast of dozens pays tribute to Paul McCartney on The Art of McCartney.

For more on these and the rest of this week's new music, head to our Featured New Releases page.