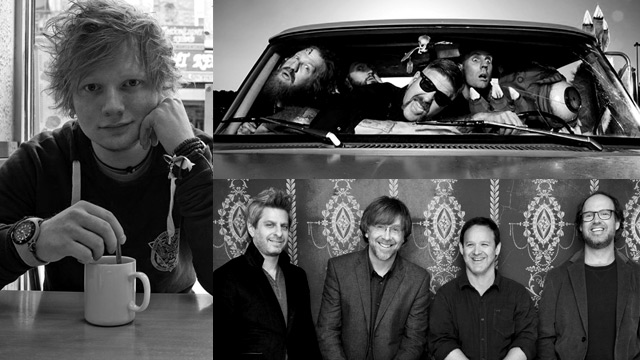 From the worlds of hard rock to jam bands and the sensitivity of an up and coming singer-songwriter. this week's New Releases Roundup has all the new music you need to hear this week.

English singer-songwriter Ed Sheeran has penned songs for One Direction and Taylor Swift, but on his second album, X ("multiply"), he takes center stage. Atlanta metal heroes Mastodon are releasing their sixth album, Once More 'Round the Sun, today, and finds the band straying perhaps the farthest from full-on metal and towards straightforward hard rock than on any of their albums to date. And jam band legends Phish have a new album, Fuego, their first album in five years, and their first time working with famed producer Bob Ezrin. Also out this week are new albums from Riff Raff, How to Dress Well, and Alias.

For more on these and the rest of this week's new music, head over to our Featured New Releases page.

Portugal. The Man on Alaskan Festivals, Hanging With Neil Young and Jamming …

Portugal. The Man on Alaskan Festivals, Hanging With Neil Young and Jamming …