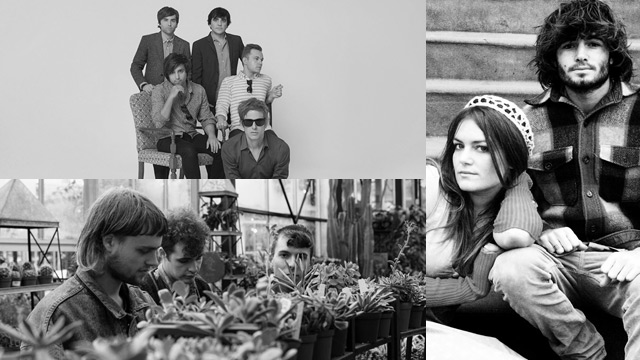 Is this week Spoon's chance to grab the Number One slot? The band's 2010 album Transference debuted at Number Four, and this time all that stands in their way from climbing higher are already-released albums from Weird Al, 5 Seconds of Summer and the seemingly indestructible Frozen soundtrack. And with an album as good as their latest, They Want My Soul, and high profile appearances at Lollapalooza and on TV, there's a chance they could pull it off. Also making noise this week is Washington-based grunge revivalists Naomi Punk with their second album, Television Man, and Panopticon, a genre-smashing one-man band that dabbles in black metal, bluegrass and ambient music, with their latest, Roads to the North. And the brother-sister duo of Angus & Julia Stone were plucked from their solo careers and brought back together by producer Rick Rubin to create their new self-titled album.

For more on these albums and the rest of this week's new music, head over to our Featured New Releases page.