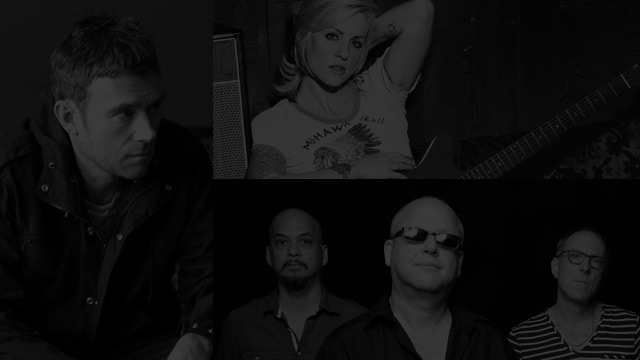 To close out April, we've got a fine collection of new albums to bring to your attention. Two are solo albums from artists best known for their early bands, and one is from a long-running band that's opted to gradually trickle out new material instead of unleash it all at once.

He's best known as the frontman of Blur and the brains behind Gorillaz, but this week Damon Albarn released his first true solo album, the mostly mellow Everyday Robots. Decidedly less mellow is the debut solo album from former Distillers guitarist and singer Brody Dalle, Diploid Love, in which Dalle finds that the ferocity available from keyboards and electronics can be just as energizing as her punk rock roots. Additionally, the fifth album from singer/songwriter Ray LaMontagne, Supernova, produced by Dan Auerbach of the Black Keys, is his most sonically ambitious album to date. And Pixies fans who didn't feel like picking up the band's three recent EPs can pick up a LP-length compilation of all of the new music, dubbed Indie Cindy (and enter to win a prize pack filled with autographed goodies from the band, while you're at it).

Enter to Win a Prize Pack from the Pixies

Enter to Win a Prize Pack from the Pixies