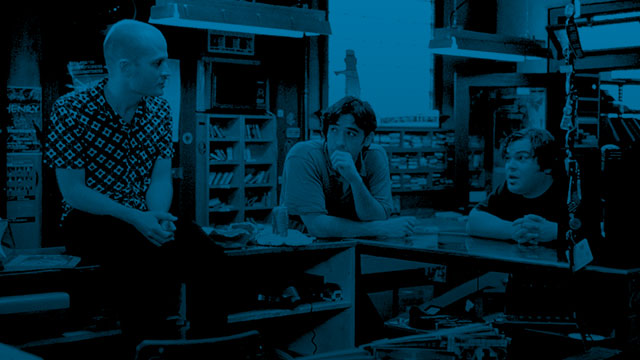 We're glad to announce a pair of new features on AllMusic to allow music fans to contribute more insight and personalization to the song information on the site.


Song Reviews
We've seen a lot of users sharing their knowledge and perspective by writing album reviews on AllMusic and we wanted to extend that same capability to our song pages. 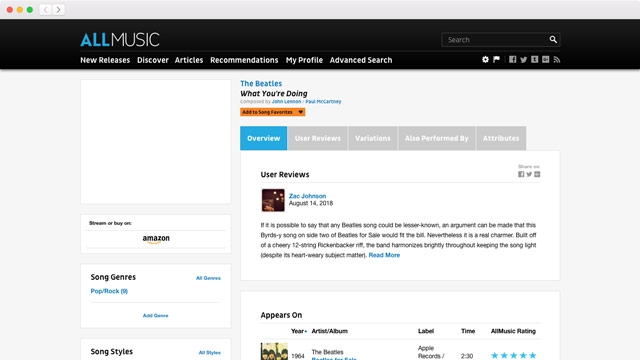 Now music fans can fill in some of the holes and share their opinions about the songs they love, simply by searching for a track title or clicking a song within an album's tracklist to visit the song page. Whether you want to add little-known facts about the recording of a track, or where it ranks in an artist's overall recorded output, now you can tell the world the story of the songs that mean the most to you.


Song Favorites
Similar to rating albums and following artists, we've recently launched a method of keeping track of a user's favorite songs. Now on AllMusic song pages there is a button that allows you to mark a specific song as a favorite.
Additionally, if you hover over a song in a tracklist on an album page, you can mark a song as a favorite right there: 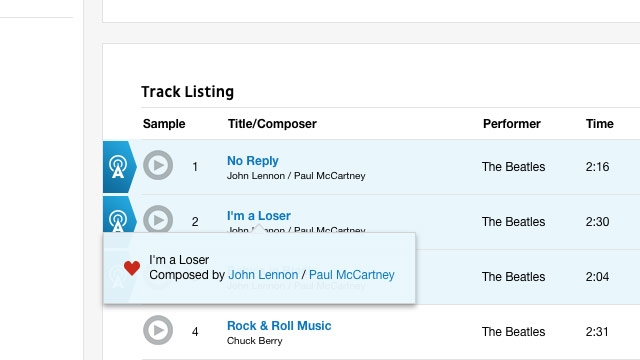 This information can help us to highlight lesser-known gems in an artist's catalog, or determine which songs are the most popular among fans.
A user's list of most recently favorited songs can be seen on their public profile.

New AllMusic Feature - Everyone Has an Opinion — Share Yours. AllMusic Now ...

New AllMusic Feature - Everyone Has an Opinion — Share Yours. AllMusic Now ...