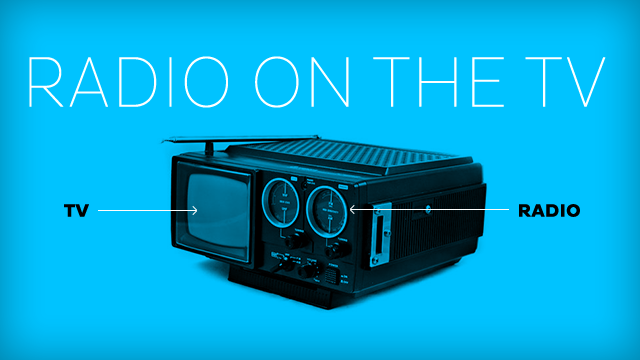 I hope you love Icona Pop’s 2012 rager, “I Love It.” If not, it might be best to learn to, um, love it. Among the many, many places you may have heard it are in at least one movie promo (Fun Size), Dr. Pepper and Shoedazzle commercials... and then there was its appearance in an episode of Girls.

Which is to say, I’m the type to catalogue these things. I consume TV, movies, and music at a rate that is probably fatal to anyone who wasn’t forced by her parents to watch primetime television (to the detriment of her homework).

Let’s flash back to a Philadelphia watering hole circa January 2011. “Is this a hipster bar?” a friend inquired. “I don’t know any of the bands in the jukebox.” I suppose it could have been true; the names of the bands may not have fired any neurons — but the tunes themselves should have been familiar to even the most casual, cord-cutting, cable-less television viewer. Aside from those subsisting solely on PBS and Danish art movies, most of us were still in the post-Christmas advertising hangover. We’d been subjected to months of Vampire Weekend and the Black Keys. We’d made it through years of car commercials scored to Grizzly Bear, Phoenix, Wilco, and The Walkmen. Let us not even dwell on getting hit with that University of Phoenix commercial set to the New Pornographers anthem “Bleeding Heart Show” in 2007.

Since that “hipster bar” happening, Taco Bell, American Express, and Vitamin Water have grabbed Passion Pit, Andrew Bird, and Stereolab, respectively. And then there was that time the Lykke Li song about prostitution (“Get Some”) was used by Victoria’s Secret in a situation where someone should probably have been fired.

This is all a roundabout way to say that I’m thrilled to be joining the AllMusic blog in order to set the record straight on what some might call selling out. I’ll be here twice a month to talk about who’s performing, who’s been coopted, and where the best (and worst) music can be found on TV.

Why? Short answer: I Love It.