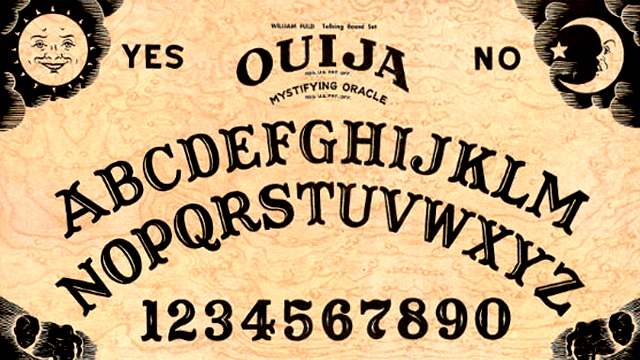 On any list of underrated soul singers, Al Wilson has to rank near the top. Wilson, who died this past Monday of kidney failure at the age of 68, had one big hit in 1974 with "Show and Tell," a peerless piece of smooth early '70s soul that reached number one on the Billboard pop charts, in turn defining his career and suggesting that he was a one-hit wonder even though he followed it with a few hits over the next few years ("I Won't Last a Day Without You/Let Me Be the One" in 1975, "I've Got a Feeling [We'll Be Seeing Each Other Again]" in 1976). Like many seeming one-hit wonders, there was a lot more to Wilson than that one hit, and he never, ever stopped working -- playing clubs and touring well beneath the radar of the mainstream, occasionally re-recording his hits (as he did on 2001's Spice of Life), because that's what you do when you're a working musician. It's unfortunate that all this hard work didn't pay off in some kind of full-scale revival prior to his death, something like Arthur Alexander received before his death in 1993, since Wilson's rich, nuanced singing -- akin to a grittier Lou Rawls -- deserved wider acclaim. What's doubly sad is that there is a new CD out that showcases precisely why he's worthy of such celebration. Kent, a division of the UK-based Ace Records, has just released Searching for the Dolphins, the first reissue of Al Wilson's earliest recordings, containing all of his 1968 debut for Soul City records, Searching for the Dolphins, along with a bunch of singles he had for that label, Bell, and Carousel in the early '70s.


"Show and Tell" is not on this disc -- for that and his other '70s singles, turn to Fuel 2000's 2004 set Show & Telll: The Best of Al Wilson -- but its absence is in a way a blessing, as it forces focus on Wilson's depth as a singer and how these recordings are quite unlike a lot of soul of the time. Part of the reason for that is the presence of Johnny Rivers, the LA blue-eyed soul singer who signed Wilson to his own Soul City imprint and produced Searching for the Dolphins, encouraging Wilson to pursue a lush sound that encompassed mellow Californian pop, folk, jazz, rock & roll, and soul, something that was sonically closer to what Rivers was cutting at the time, but hardly a pop sellout. After all, one of the highlights here is Wilson's first single (and only UK hit), a hip, swinging version of Oscar Brown Jr.'s "The Snake," a groovy dance number that deservedly became a Northern Soul staple; it's not the only funky moment here, as it has a rival in a version of Holland/Dozier/Holland's "Shake Me Wake Me (When It's Over)." Also on this album is a slow-burning, late-night reading of Jerry Butler/William Butler/Curtis Mayfield's "I Stand Accused" and the terrific "Who Could Be Lovin' You (Other Than Me)," an early Willie Hutch song that strikes a precise balance between the aforementioned funky moments and the luxurious singer/songwriter material that comprises the rest of the record. The title song is an allusion to the Fred Neil '60s standard "The Dolphins" and Wilson also sings two Jimmy Webb songs ("By the Time I Get to Phoenix," "Do What You Gotta Do") and a pair of Johnny Rivers hits ("Summer Rain," "Poor Side of Town"), all of which have a smooth, rolling feel as reminiscent of folk-pop as it is as soul. All taken together, Searching for the Dolphins is a unique record, a place where many divergent strands in '60s pop converge in a way that is perhaps easier to appreciate now than it is then.

As good as this album proper is, the Kent/Ace CD gets really interesting on the bonus tracks, almost all of which are considerably less soft than the LP itself. Sometimes this does mean harder, funkier sides, as on a pair of Willie Hutch tunes from 1967, "When You Love (You're Loved Too)" and "Now I Know What Love Is." (Hutch also is responsible for folkier, poppier "Getting' Ready for Tomorrow, a '68 single with nearly baroque harpsichords that's closer in feel to Searching for the Dolphins than anything else here.) Sometimes, this hardness means that Wilson dips into down-n-dirty rock & roll, as on a phenomenal version of Creedence Clearwater Revival's "Lodi" from 1969 that has a thicker groove than CCR's original, filled with greasy slide guitars and horns. This isn't the only time Wilson rocks it hard: he bizarrely replicates Dave Edmunds' version of "I Hear You Knockin'," right down to the phased vocals, slide guitars, piano punctuations, and exultations of '50s rockers in the solo section (funnily enough, he leaves out Smiley Lewis, who had the original hit with this), and even more bizarrely, it works, as Wilson invests this blatant steal with down-home soul A better example of his daring is "Sugar Cane Girl," a Daniel Cohen song that rocks as hard as CCR, while being funkier. It's a hell of a song and a lost gem, but it's also clear why this and "Lodi" didn't click at the time -- they're fully rock and fully soul, so they didn't fit comfortably in either format. More of their time was the dirty fuzz funk of "Falling in Love with You" and "Bachelor Man," a quite wonderful evocation of swinging singledom in the early '70s thanks to its cascade of strings and harpsichords, all adding up to a loungey vibe scaled toward television. These didn't sell either, but hearing them next to the driving rock & roll, the jazzy northern soul, the deep soul, and the sun-bleached folk-pop found elsewhere on this disc, it becomes clear that Al Wilson was capable of singing anything; he just didn't catch the right breaks that would bring him to the top with these singles. Once he did, just a couple years later, he didn't stay at the top long enough to truly show his versatility. Still, anybody that has now heard of Al Wilson due to his passing should seek this set out, as it proves that he was a superb soul singer who cut music worthy of his talents. The rest of the world is still getting around to realizing just how good this guy was.