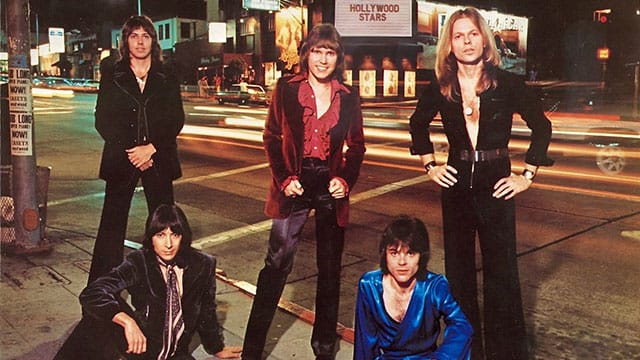 Though the band may have been created as a West Coast answer to the New York Dolls, the Hollywood Stars has developed its own distinct following among power pop and glam rock diehards since the band's brief initial run in the 1970s. Thanks to some archive-plundering, those fans were treated to Shine Like a Radio: The Great Lost 1974 Album in 2013. Now another unreleased recording is going to see the light of day: Sound City, recorded in 1976 at the iconic studio of the same name.

Sound City's 10 catchy tunes include standouts like the melody-rich "So Blue," the rowdy party-starting "Too Hot To Handle," and "Houdini of Rock and Roll," which seems to presage the nervous, jerking energy of the Cars. There's also "Escape," which was used to close Alice Cooper's classic Welcome to My Nightmare, and the cowbell-powered strut of "Habits."

Sound City is due out August 23 on Burger Records (preorder available), and the band has reformed for a handful of live performances.